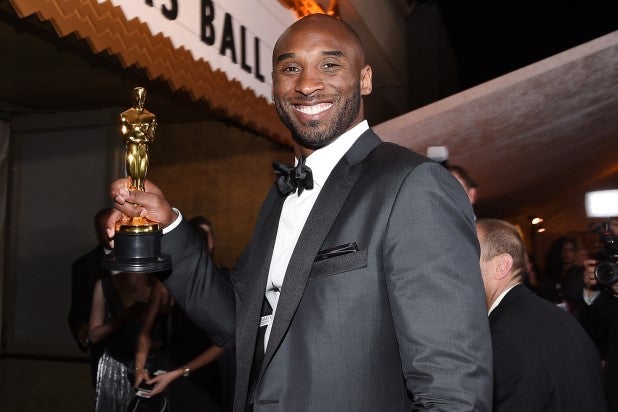 A tribute to Los Angeles Lakers star Kobe Bryant will be included as part of the Academy Awards telecast on February 9, TheWrap has confirmed.

Bryant, who was killed along with eight others in a helicopter crash on Sunday, won an Oscar in 2018 for the animated short film “Dear Basketball.” Directed and animated by Glen Keane, who worked on multiple Disney films like “Beauty and the Beast” and “The Little Mermaid,” the short featured Bryant narrating the Players Tribune column he wrote in 2015 announcing his retirement from basketball along with a score by John Williams. Bryant won the Oscar as a producer for the film.

On Monday, during the annual Oscars Nominee Luncheon, a moment of silence was held for Bryant, his daughter Gianna and the seven other crash victims.

“We all heard some terrible news yesterday and we should take this moment to acknowledge the tragic death of Kobe Bryant, 2018 Oscar Winner for Best Animated Short Film, the death of his daughter Gianna, and of seven others,” said Academy President David Rubin at the top of the event.

“Kobe attended the nominees luncheon two years ago and with all his mega success on the court, he was probably the most excited person in the room to be a nominee. I know we all send his family our deepest heartfelt condolences. Lets all just take a moment of silence in his honor. Thank you.”

Watch his Oscars acceptance speech below.

Bryant won five NBA championships during his 20-year career with the Lakers, along with being named the 2007-08 MVP and an 18-time all-star selection.