After three straight years without a formal host of the Oscars, the Academy of Motion Pictures Arts and Sciences will bring back an emcee for Hollywood’s biggest night.

ABC and Hulu chief Craig Erwich announced that there will be a host this year, though stopped short of saying who it will be, on Tuesday.

The news follows an additional announcement from AMPAS earlier Tuesday that Glenn Weiss would return to direct the 94th Oscars ceremony, making it his seventh time directing the show. 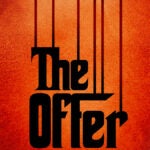 The Oscars have been host-free since 2019’s ceremony when Kevin Hart was initially supposed to host but stepped down from the job after Hart’s old tweets and comments that were considered homophobic resurfaced. The Academy then proceeded without a host, opening the broadcast with a performance by Queen and Adam Lambert in a year when “Bohemian Rhapsody” was nominated for Best Picture.

Thanks to the show’s strong ratings that year, the Oscars producers decided to not shake up the formula for the 2020 ceremony when “Parasite” took home the top prize. Then of course in 2021, the pandemic made it such that the Academy had bigger things to worry about than whether the show would have a host. Jimmy Kimmel was the last to host the Oscars, hosting for two straight years between

Will Packer is producing the 2022 Oscars. The show will air on ABC on Sunday, March 27.