Parler, the social media platform that’s looked to win over users disenchanted with Twitter and Facebook’s content moderation policies, is set to return to Apple’s App Store on Monday.

As Parler’s chief policy officer Amy Peikoff put it to The Washington Post on Monday, the App Store version of Parler can be referred to as “Parler Lite or Parler PG.” Peikoff added that Parler was pushing Apple to allow more content on its app, if Parler was willing to add a warning label to certain posts. 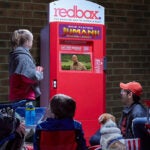 Parler was booted from both Apple and Google’s app stores earlier this year, with Apple saying the app hadn’t taken “adequate measures” to address “threats of violence and illegal activity” that emerged around the Jan. 6 riot at the U.S. Capitol. Amazon also stopped hosting the site in the wake of the riot. Since then, Parler has been fighting to get back on the App Store, aiming to find a middle ground between its free speech goals and Apple’s censorship concerns.

“The entire Parler team has worked hard to address Apple’s concerns without compromising our core mission,” interim CEO Mark Meckler said in a statement to Business Insider. “Anything allowed on the Parler network but not in the iOS app will remain accessible through our web-based and Android versions. This is a win-win for Parler, its users, and free speech.” 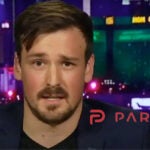 Parler received the green light to return to the App Store last month, after making a few moderation changes that placated Apple — although the details around Parler’s changes remain murky. The app wasn’t on the App Store on Monday morning, but is expected to hit the store by the end of the day.

Separately, Parler also announced a number of C-team changes on Monday. Moving forward, George Farmer, who has served as COO since March, has been named the company’s new CEO. Interim CEO Meckler “will be completing his tenure at Parler” on Monday, the company said in an announcement.