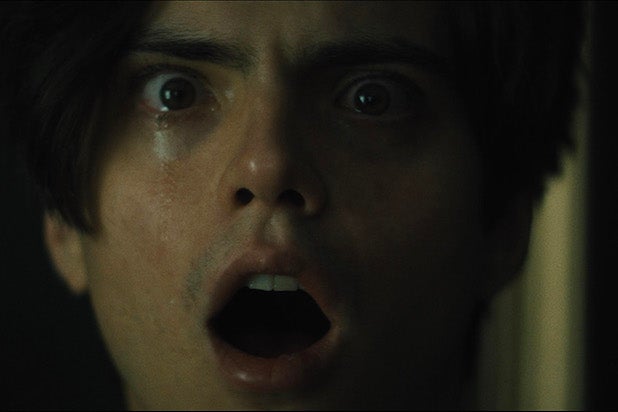 Sasha Lane, Hannah Marks and Mary Stuart Masterson co-star in the film that Samuel Goldwyn will release in theaters and VOD in late 2019.

Adam Egypt Mortimer directs the dark thriller about a troubled college freshman Luke (Robbins) who suffers a violent family trauma and resurrects his childhood imaginary friend Daniel (Schwarzenegger) to help him cope. Charismatic and full of manic energy, Daniel helps Luke to achieve his dreams, before pushing him to the very edge of sanity and into a desperate struggle for control of his mind — and his soul.

Egypt Mortimer (“Some Kind of Hate”) co-wrote “Daniel Isn’t Real” with Brian DeLeeuw, based on DeLeeuw’s book “In This Way I Was Saved.”

“The film is striking in so many ways from visuals and performances to the incredible execution of psychological horror. We immediately recognized that Adam had crafted something special here and are excited to partner with Shudder and bring it to audiences everywhere,”  Miles Fineburg of Samuel Goldwyn Films said in a statement.

“In Goldwyn and Shudder we’ve found two ideal partners who perfectly represent the unique hybrid of qualities that our movie has to offer: at once a provocative identity thriller drama for a discerning arthouse audience and gonzo face-melter for devotees of extreme cinemas,” Egypt Mortimer said in a statement.

The deal was negotiated by Fineburg on behalf of Samuel Goldwyn Films, Emily Gotto on behalf of Shudder, and ICM Partners and Stacy Jorgensen of SpectreVision on behalf of the filmmakers.