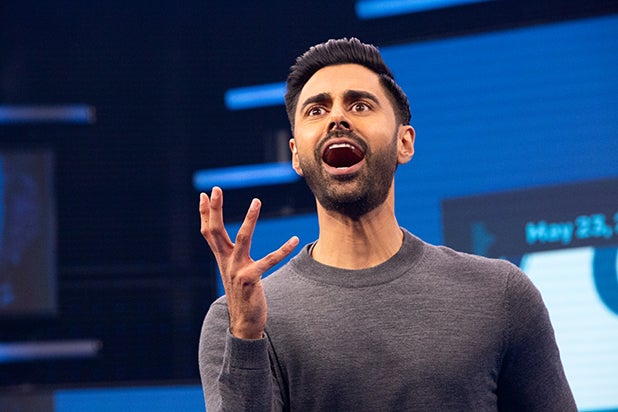 Margolis will end his time at “Patriot Act” this summer when production wraps on the third cycle of episodes. He has been with the project since its inception in 2018, and also served as a writer. The third cycle will end on June 16 with its nineteenth episode. He will remain involved as a consulting producer, but will leave New York where the show is based and return to Los Angeles to be with his family, according to Deadline.

Margolis worked on “The Daily Show with Jon Stewart” from 2001 to 2012, where he became co-executive producer. He was also a producer on “Veep” and “Hood Adjacent with James Davis.”

Bodow was at the “Daily Show” from 2003 to 2019, where he worked with both Stewart and Trevor Noah when he became host in 2015. He served as an executive producer and head writer, and overlapped with Minhaj for four years. Bodow was also a writer on the 78th and 80th Annual Academy Awards.

Netflix greenlit “Patriot Act” in 2018 with a 32-episode order. Bodow will take over as executive producer and showrunner, helming the fourth cycle of episodes. Minhaj is also an executive producer, along with co-creator Prashanth Venkataramanujam, Art & Industry’s Michelle Caputo and Shannon Hartman, and Haven Entertainment’s Jennie Church-Cooper.