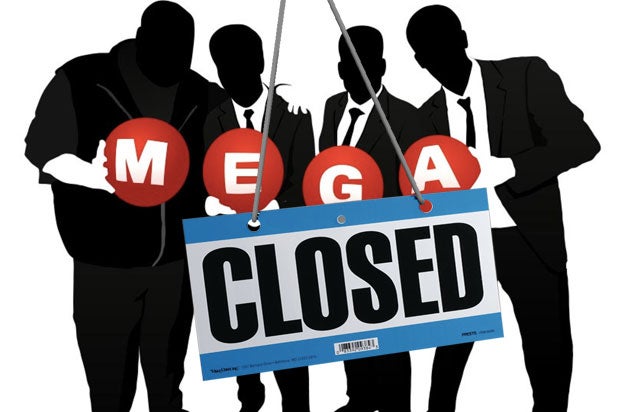 In a potentially big win for the movie industry’s anti-piracy efforts, PayPal has stopped processing payments to the cloud storage site that Internet firebrand Kim Dotcom created after his file-sharing site, Megaupload, was seized and shut down amid allegations by the Motion Picture Association of America (MPAA) that it encouraged rampant movie piracy.

The move leaves the site, which has attracted more than 15 million users, with few conventional tools for collecting payments for its cyberlocker services. Visa and Mastercard earlier cut off the site.

“PayPal can confirm that we have decided to end our relationship with Mega for business reasons,” a spokesperson for the online payment company said. “We respect the privacy of all our customers and former customers and will not provide further details about this decision.”

Mega blamed MPAA and the pressure it has applied for the latest action.

Announcing PayPal’s move in a blog post late Thursday, Mega said its cloud storage site had been unfairly portrayed as illegitimate in a September 2014 report by the Digital Citizens Alliance.

Titled “Behind The Cyberlocker Door: A Report on How Shadowy Cyberlocker Businesses Use Credit Card Companies to Make Millions,” the report called on Visa and Mastercard to take action against “rogue” websites including those who “leverage other people’s creative works.”

It named Mega as the second largest of these rogue sites.

Mega said Thursday that the MPAA provides funding for the Digital Citizens Alliance and attributed the pressure to the movie group.

Mega, in a blog post late Thursday, blamed pressure exerted by the two credit card companies on PayPal for the latest action, but also attributed the move to the MPAA’s partial funding of Digital Citizens Alliance.

“Clearly PayPal did not feel comfortable, once it looked at the facts, investigated and reviewed Mega’s input, with Mega as a customer,”Benson said.

MPAA officials did not immediately respond to TheWrap‘s request for comment.

The indictment alleges that for more than five years, the Mega Conspiracy operated websites that willfully reproduced and distributed infringing copies of copyrighted works, including works that had not been commercially released.

In connection with the indictment, the U.S. seized and shutdown Megaupload. Dotcom has fought his extradition to the U.S. to face the charges. A hearing on the extradition is set for June in Auckland.

In launching the new Mega site in 2013, Dotcom built an entirely encrypted operation, making it impossible for law enforcement officials to determine whether sharing of content stored there was of legal content or not.

He promoted the site based on its security and called Mega “The Privacy Company,” adding that the site would ensure users could keep the government out of their personal business.

Dotcom, fighting extradition in 2013, resigned as director of Mega, though he tweeted the news of the PayPal move on Friday.

Mega on Thursday said PayPal blamed the uncertainty about what was contained in the encrypted files for its move.

“A key concern was that MEGA has a unique model with its end-to-end encryption which leads to ‘unknowability of what is on the platform,’” Mega said in its blog post.

Mega denied that its business is illegal, instead calling it “legitimate and legally compliant.”

It said that PayPal, while taking the action, “apologized for this situation and confirmed that MEGA management are upstanding and acting in good faith. PayPal acknowledged that the business is legitimate,” Mega said in the blog post.