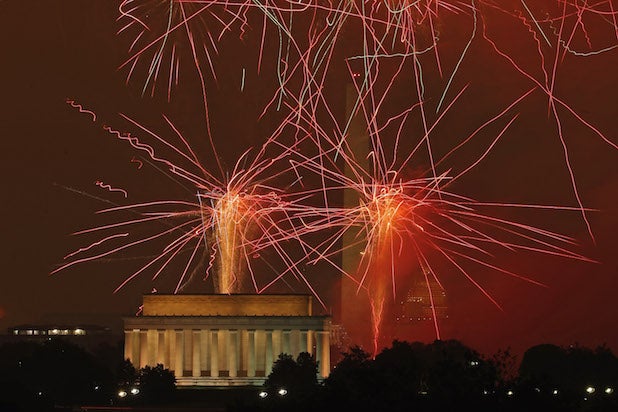 PBS is “proud” of its annual “A Capitol Fourth” broadcast despite viewer criticism for airing old fireworks footage from previous 4th of July celebrations, instead of airing them live, as the program claimed.

“We are very proud of the 2016 ‘A Capitol Fourth’ celebration,” PBS said in a statement. “Because this year’s fireworks were difficult to see due to the weather, we made the decision to intercut fireworks footage from previous ‘A Capitol Fourth’ concerts for the best possible television viewing experience. We apologize for any confusion this may have caused.”

The misty and cloudy weather in Washington D.C. on Monday obscured spectators view of the fireworks exploding in the night sky above the nation’s capitol, but those watching the festivities on PBS saw a vibrant and clear display.

Once audiences noticed the discrepancies between what was happening on their TV and pictures from the annual Independence Day concert on the West Lawn of the U.S. Capitol Building , they took to Twitter to complain.

Not cool @pbs…. Fake footage of fireworks on the Fourth???? It’s cloudy and rainy in DC. Those shots are clearly not from tonight.

“We showed a combination of the best fireworks from this year and previous years. It was the patriotic thing to do,” PBS tweeted from the “Capitol Fourth” account. Before that, the same Twitter account praised the fireworks display that wasn’t good enough to air.

How amazing are these fireworks?! There is nothing like fireworks over the National Mall on the Fourth of July! #July4thPBS