Charles M. Schulz would have been “very pleased” with “The Peanuts Movie” and its success at the box office over the weekend, according to Jean Schulz, the widow of the iconic comic strip’s creator.

“The Peanuts Movie” was based on the drawings and gentle humor of the syndicated strip that was a staple in American newspapers for half a century beginning in 1950. It grossed $44 million in its opening weekend, finishing a strong second to “Spectre,” the James Bond movie that raked in $70 million.

But while Fox would love to “The Peanuts Movie” become a franchise, the studio only has the rights to one film and Schulz said she is no rush to produce a sequel. “This one took eight years, so maybe we’ll talk again then,” she said.

Still, signs point to a happy ending for the studio given Schulz’s satisfaction with the new film. “He would have been very proud of the care and effort that was taken in making it,” she told TheWrap, “and the movie too, because it reflected his vision.”

That Fox and Blue Sky Studios were able to get “Peanuts” on the big screen at all was achievement, given creator Schulz’s decades-long refusal to “go Hollywood” with Charlie Brown, Snoopy, Lucy and the gang.

“It wasn’t that he didn’t like the movies,” Mrs. Schulz said, speaking from the Charles M. Schulz Museum in Santa Rosa, Calif. “It was that he didn’t think he could devote the time it would take to oversee a project and make sure it turned out the way he wanted it to.”

The cartoonist, who died in 2000, was “very protective” of the “Peanuts” gang and the brand, she added. He vowed that no one else would draw the strip after him and resisted many Hollywood efforts to capitalize on his characters’ popularity. 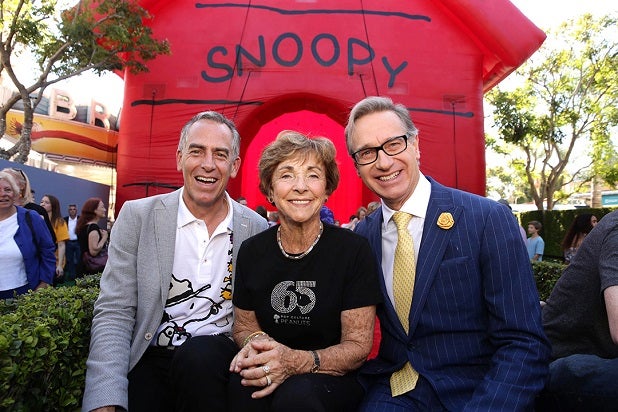 “They started calling right after the first TV special came out,” she recalled. That was the 30-minute “A Charlie Brown Christmas,” which aired in prime time on CBS on Nov. 6, 1965, and won Emmy and Peabody Awards.

“Charlie Brown’s All-Stars” and “It’s the Great Pumpkin, Charlie Brown” arrived the following year, two of more than 30 animated specials that would were produced, most with jazz pianist’s Vince Guaraldi’s distinctive scores.

How did the Fox team of CEO and chairman Jim Gianopulos, Animation President Vanessa Morrison and director Steve Martino succeed where others had not?

“They convinced us that they understood his vision for ‘Peanuts’ and that they would be true to its spirit,” she said. Martino’s faithfulness in adapting Dr. Seuss‘ “Horton Hears a Who” for the animated 2008 film was a selling point, too.

The cartoonist’s son Craig and grandson Bryan came up with the idea for the film in 2006. With Cornelius Uliano they wrote the script and produced “The Peanuts Movie,” along with Michael Travers and Paul Feig, who will direct and produced the upcoming “Ghostbusters” reboot for Sony.

“It was great that they got the family involved,” Rentrak senior media analyst Paul Dergarabedian told TheWrap. “It helped the comfort level for the longtime fans, and it helped that they stuck with classic look and tone of the strip, rather than try give it some kind of edge, too.” 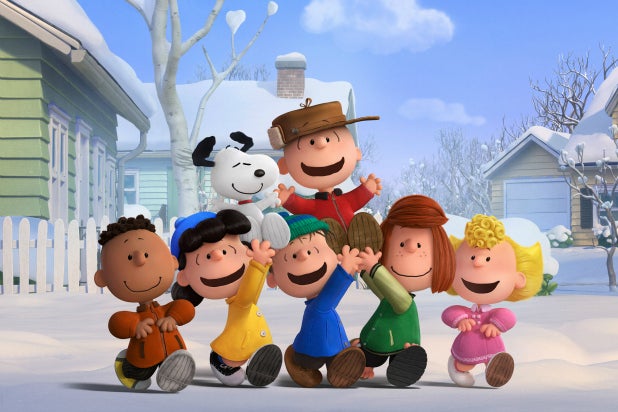 Traditionalist fans were concerned when they heard the movie would use computer-generated animation and be in 3D, but they came around once clips of the film came out, Jean Schulz said.

Critics seems to agree, and have the film at 86 percent positive on Rotten Tomatoes. Audiences awarded an “A” CinemaScore grade to the film, which was produced for $100 million, moderate for animated films which can take years to produce.

Schulz said her “Hollywood experience” was positive, and that she enjoyed working with the filmmakers and Marc Weinstock’s marketing team for the studio.

“I was very glad to see Charlie Brown featured on the billboards, with the ‘Dream Big’ line, rather than selling it as ‘Snoopy the happy dog’,” she said. “He’ll steal enough scenes on his own.” Still, she lamented that a favorite scene of hers (Peppermint Patty visiting Snoopy, recuperating in a World War I fantasy) wound up on the cutting room floor.

For the record: A previous version of this story misidentified Fox chairman and CEO Jim Gianopulos.