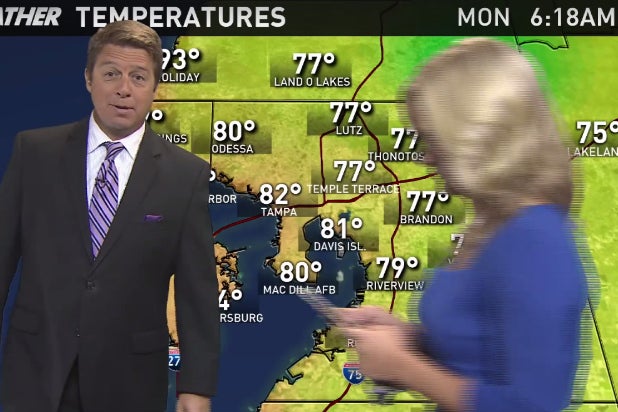 Either WTSP News reporter Allison Kropff is way too into “Pokemon Go” or she could use a little more respect for meteorology– it’s probably a combination of both.

The TV news correspondent walked through a live weather report Monday morning, supposedly chasing one of the elusive (fake) critters on her smartphone.

Meteorologist Bobby Deskins took the pretty obviously staged prank in stride, asking his colleague, “You got a Poke-man?”

“You guys gotta be careful with these phones and this Pokeman — you’re just walking around all over the place,” Deskins warned his viewers and co-workers, before dutifully returning to the local temperatures.