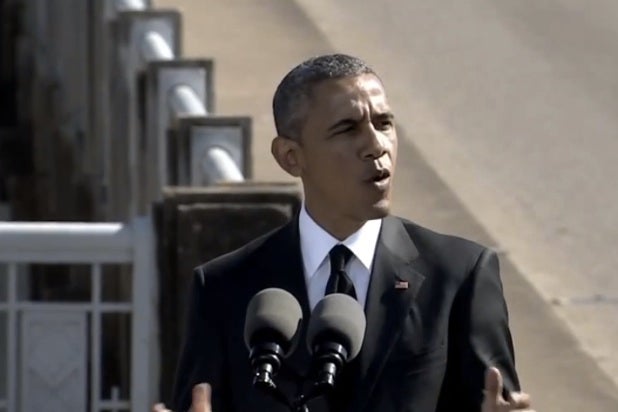 President Obama will address the nation at 8 pm Eastern on Sunday about “the threat of terrorism and keeping the American people safe,” the White House said in a statement on Saturday.

Broadcast networks were expected to carry the address live and bump scheduled programming to accommodate the speech.

Tomorrow at 8pm ET, @POTUS will address the nation on the threat of terrorism and keeping the American people safe → https://t.co/b68B45RuKg

The president cancelled his attendance of the Kennedy Center Honors ceremony on Sunday, an unusual step. He and Michelle Obama were still scheduled to attend the reception.

The planned address comes on the heels of a horrific mass shooting in San Bernardino on Dec. 2 that left 14 people dead and 21 wounded. The FBI is now pursuing the shooting, believed to have been carried out by a married couple with ties to Islamic radicals, as a terrorism attack.

In the president’s address, the White House website stated, “he will reiterate his firm conviction that ISIL will be destroyed and that the United States must draw upon our values — our unwavering commitment to justice, equality, and freedom — to prevail over terrorist groups that use violence to advance a destructive ideology.”