The first reactions to the new “Predator” movie are in, and they are downright glowing. “Prey” received an early screening at San Diego Comic-Con Thursday night, after which social media reviews started to bubble up. Across the board, the first batch of reactions are heaping praise on the prequel from director Dan Trachtenberg (“10 Cloverfield Lane”).

Set 300 years in the past, in the world of the Comanche Nation, “Prey” follows a character named Naru (Amber Midthunder), a warrior “raised in the shadow of some of the most legendary hunters who roam the Great Plains.” When the alien Predator comes calling, Naru sets out to protect her people.

Along with the film itself – which is being praised as the best since the original, and even the best one yet by some – Midthunder is earning a whole lot of early praise for her role in the lead. 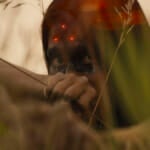 For everyone who wasn’t lucky enough to be in the SDCC screening, “Prey” will arrive on Hulu Aug. 5. For now, you can read the first round of reactions in the tweets below.