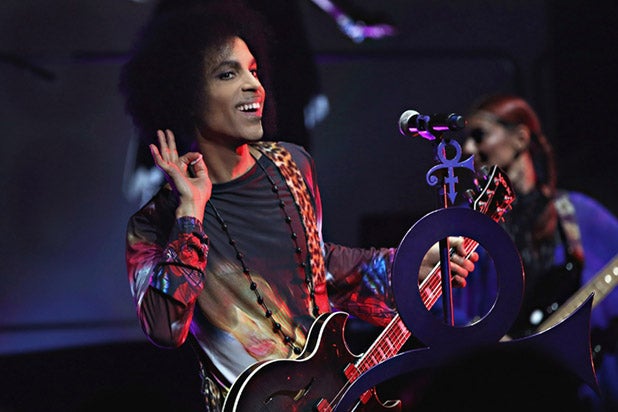 The Carver County Sheriff’s Department has released the transcript from the 911 call reporting Prince’s death on Thursday.

An unidentified man called emergency responders asking for an ambulance at Prince’s Paisley Park home in Chanhassen, Minnesota, after the singer was discovered unconscious in an elevator this morning.

“The people are just distraught,” the man said at one point.

The call was logged at 9:43 a.m. local time, with responders on the scene pronouncing the musician dead at 10:07 a.m. after attempting CPR.

The Midwest Medical Examiner’s office confirmed late Thursday that it had received the musician’s body and will perform an autopsy on Friday.

Read the full 911 transcript below:

Dispatcher: 911, where is your emergency?

D: Okay, does anybody know the address? Is there any mail around that you could look at?

D: Okay, your cell phone’s not going to tell me where you’re at, so I need you to find me an address.

D: Okay, get me the address please.

D: Concentrate on that.

UM: And the people are just distraught.

D: I understand they are distraught, but.

D: Okay, do we know how the person died?

UM: Um, so we’re, we’re in Minneapolis, Minnesota and we are at the home of Prince.

D: You’re sure you are in Minneapolis?

D: Okay, have you found an address yet?

D: You’re at Paisley Park, okay, that’s in Chanhassen. Are you with the person who’s…

D: Okay, stay on the line with me.

D: Carver with the transfer for Paisley Park Studios, 78.

D: We have a person down, not breathing.