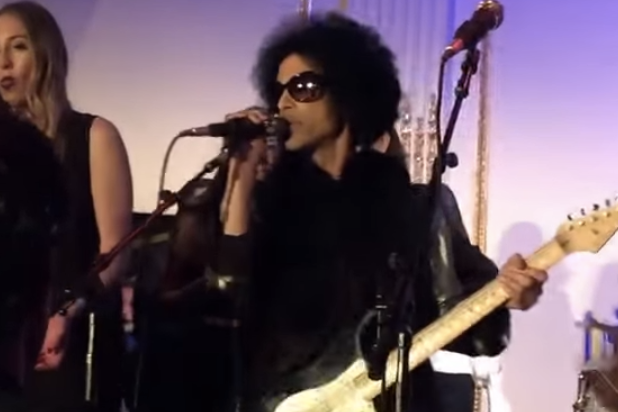 Prince’s treasure trove of unreleased music may have taken one step closer to the public’s ears.

Bremer Trust, which has been appointed temporary administrator of the “Purple Rain” singer’s estate, has drilled into the vault containing the material, ABC affiliate KSTP-TV reported.

Also Read: Prince v Sinead O'Connor: That Time She Said He Punched Her

The hyper-prolific musician reportedly had more than 2,000 unreleased songs. In a 2012 interview on the ABC talk show “The View,” Prince said, “One day, someone will release them. I don’t know that I’ll get to release them. There’s just so many.”

The decision to drill open the vault comes amid uncertainty over the musician’s estate. According to court papers filed by his sister, Tyka Nelson, Prince left no will. As the matter is sorted out, Bremer, which had provided financial services to Prince for a number of years, has been temporarily placed in charge of the estate.

Prince, known for hits including “1999,” “Raspberry Beret” and “Little Red Corvette,” was found unresponsive in Paisley Park’s elevator on April 21 and declared dead.

The singer, who reportedly was treated for an overdose of the opioid painkiller Percocet days before his death, had possession of painkillers when he died, according to reports.

The results of an April 22 autopsy are still pending.