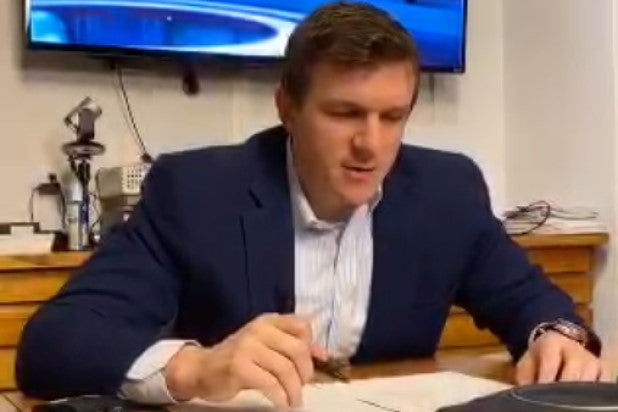 Project Veritas apologized and issued a correction Tuesday night for one of the recordings it released of CNN employees discussing news coverage on a phone call.

The original clip, which misidentified an employee accusing Fox News’ Tucker Carlson of hosting a “white supremacy hour” as Black executive Marcus Mabry, was not deleted. The speaker was, in fact, CNN general counsel David Vigilante.

Carlson did not address the recorded phone calls on his Tuesday show and therefore did not misidentify Mabry himself, but he did mention Mabry specifically in his primetime commentary and an accompanying online op-ed that tackled, in his words, the “delusion” of diversity. A Fox News spokesperson did not immediately return a request for comment on Vigilante’s assessment of Carlson’s show and “naked racism.”

O’Keefe did apologize in a subsequent tweet that re-posted the audio clip and still included Mabry’s Twitter handle.

“CORRECTION: @CNNPR has just informed @Project_Veritas that the executive on this tape is in fact their GENERAL COUNSEL David Vigilante, not @marcusmabry. As if that somehow makes it better for them… We apologize for the misidentification. More tapes dropping soon,” he wrote.

“Legal experts say this may be a felony. We’ve referred it to law enforcement,” the CNN PR account tweeted on Tuesday in response to a video of the call O’Keefe posted on Twitter.

In a live-streamed video, O’Keefe can be seen unmuting himself on a phone and telling Zucker, “We’ve been listening to your CNN calls for basically two months and recording everything. Just wanted to ask you some questions, if you have a minute. Do you still feel you are the most trusted name in news? Because I have to say from what I’ve been hearing on these phone calls, I don’t know about that. I mean, we’ve got a lot of recordings that indicate you’re not really that independent of a journalist.”

Project Veritas, which has a long and documented history of failed sting operations, and also of releasing deceptively edited and out of context videos, has conducted an operation it calls “Expose CNN” since 2017. The effort includes the release of undercover footage and audio purporting to show bias at the network. So far, the cable channel has largely laughed off these videos.