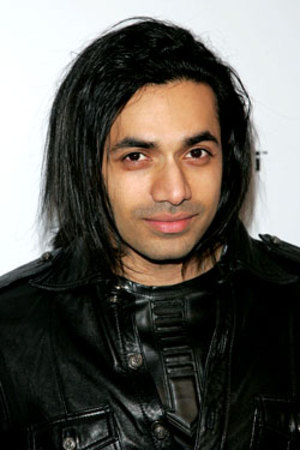 The prosecution nears the end of its run in the trial of Anand Jon. In more than two weeks of testimony, all nine women plaintiffs have taken the stand to accuse him of rape, and several more have testified as to his poor character, giving their versions of assault.

There have been emotional moments, and sidebar discussions involving intimidation, or alleged intimidation by Sanjana, Anand’s sister. It is hard to overstate how attached both Sanjana and her mother, Shashi, are to the accused, Anand. Throughout, Sanjana sits in the hall outside the trial, and apparently some witnesses find her dagger-gaze intimidating.

Regardless, the testimony on the stand from the plaintiffs has been as confounding as the accounts in the grand jury. On one hand, many of them have recounted heart-rending tales of being lured to Jon’s apartment and then raped. On the other hand, their behavior after the alleged rape is still difficult to fathom – failing to go to police, staying with Jon, paying him rent. And under cross-examination, some of the stories seem flimsy. 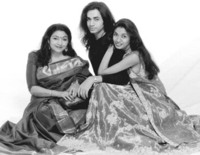 Among the more upsetting testimonies – and they are all upsetting – was Britney O., from Arroyo Grande. She testified that shortly after meeting Jon, she was given vodka, passed out, and awoke to the smell of Jon’s anus, and to find him sitting on her face.

(I should note that Sanjana and Anand insisted that he never drank alcohol, and didn’t have it around. The prosecution has introduced photos of Jon’s apartment with bottles of Grey Goose crowded into the freezer.)

But Britney O. was among the least convincing witnesses during the grand jury phase. She testified that Jon forced her to give him a blow job on the couch while two friends, Janice and another Brittany, sat on an adjacent couch. She’s disturbingly vague: “And I realized that his penis was in my mouth, and I didn’t even notice.” Then came the horrific encounter with Jon’s anus. But she called him a few days later with a fashion question: “I felt really weird and I didn’t want to, and I never intended on seeing him again, which I did not, so I didn’t want to have a friendship with him or anything.”

Many of the plaintiffs suggest they were drugged and plied with alcohol. But that leaves their accounts of rape hard to pin down. Several said they were raped when they were unconscious.

Personally, it seems to me that with such uneven testimony, the exhibits are the more convincing evidence against Jon thus far. His “conquest list,” in which he boasts of having “fst fkd” girls, and compliments one for “blow job good – swallow very well,” is just plain repulsive. (It is not necessarily evidence of rape, but it betrays a sexual obsessiveness that feels abnormal.)  Similarly, a video of him fingering the privates of a trembling, naked model is damning (there seems to be a difference of opinion whether he inserted his finger or not, but either way, it’s hardly acceptable designer-model interaction).

So with about half of the argument made, it’s very hard to call this case. In the meantime, evidence is emerging of Britney O. having hours-long chats with a hacker in England who gave her information about how to tamper with Jon’s computer. If and when I get documentary proof of this, I will post it. The defense believes this shows evidence of a conspiracy against him.

The defense is scheduled to begin its case on Wednesday. I will keep you updated on any bombshells that emerge. What we all really want to see is Jon on the stand – denying. We should expect nothing less. Denial seems to reign supreme in this case, on both sides.

(Note to readers: I took down comments from previous posts that in my view got out of hand. I will leave these comments open for as long as the discourse remains civil and intelligent.)