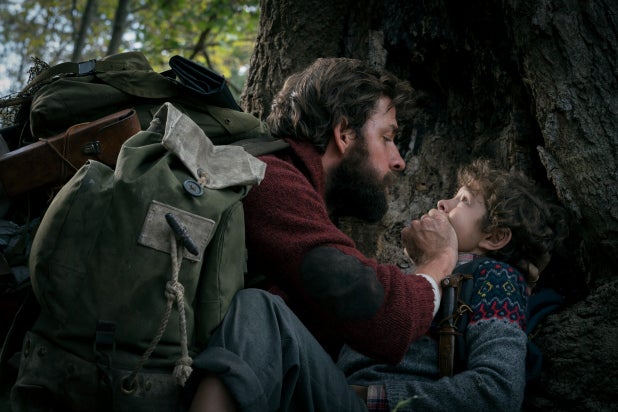 A sequel to John Krasinski’s “A Quiet Place” is in active development at Paramount Pictures, the studio announced on Wednesday in CinemaCon.

The screenwriting team behind the silent horror hit, which includes director and star John Krasinski, signaled they had more set pieces and characters in the original script.

Also Read: How Far Into the Future is 'A Quiet Place' Set?

The film has been the number one movie at the box office for three consecutive weeks, and just hit $135 million domestic. It’s also made Krasinski an overnight below-the-line star after years as a comedy star on NBC’s “The Office.:

“There are so many discarded set pieces, too, just hiding out in Word documents on our computers,” co-screenwriters Bryan Woods and Scott Beck said in an April interview with IndieWire.

“So, yeah, there are certainly so many stories you could tell. It’s just really, at the end of the day, who are the characters in this, and what does this situation mean to that dynamic?” they said.

The film costarred Krasinski’s wife Emily Blunt. There are about three sentences of spoken dialogue in the film.