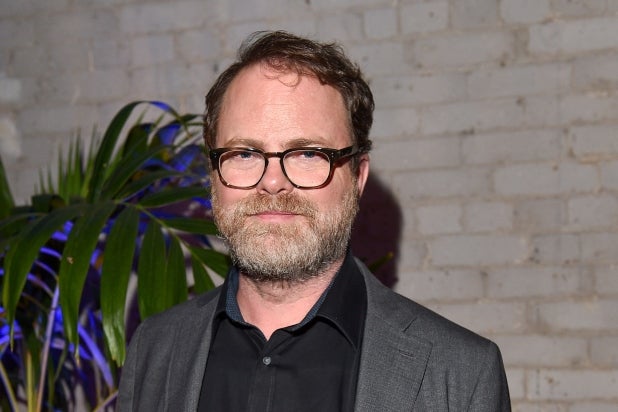 Rainn Wilson has been cast as a series regular on Amazon’s “The Power” series.

The actor, known for playing Dwight Schrute on “The Office,” will play a man named Daniel Dandon. His character is described as “the self-righteous and self-important Governor of Washington and constant thorn in Margot’s [Leslie Mann] side. But when the Day of the Girls arrives, Dandon’s position begins to look decidedly precarious.”

Here is the official description of the series, which is an adaptation of Naomi Alderman’s novel:

“The world of ‘The Power’ is our world, but for one twist of nature. Suddenly, and without warning, all teenage girls in the world develop the power to electrocute people at will. It’s hereditary, it’s inbuilt, and it can’t be taken away from them. Coming alive to the thrill of pure power: the ability to hurt or even kill by releasing electrical jolts from their fingertips, they rapidly learn they can awaken the Power in older women. Soon enough nearly every woman in the world can do it. And then everything is different.”

Also Read: Who Would Buy Bloomberg Media if Bloomberg Becomes President - and for How Much?

The TV version, written and executive produced by Alderman, will be a 10-episode series.

Variety was first to report the news of Wilson’s casting.