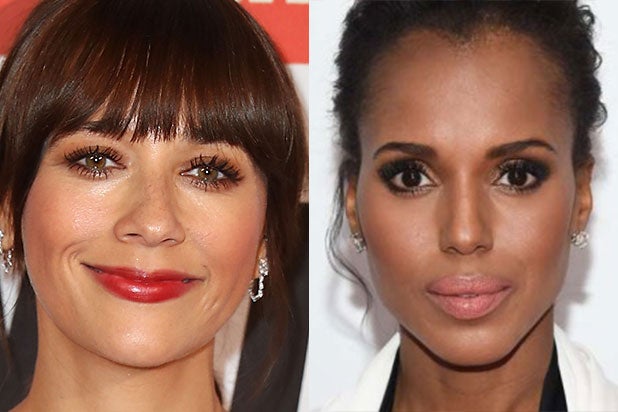 Rashida Jones and Kerry Washington will team up to bring the acclaimed graphic novel series “Goldie Vance” to the big screen, it was announced Friday.

Fox is in development on the new family film franchise with graphic novel publisher BOOM! Studios. Jones will adapt and direct the project for the studio, while Washington will produce under her Simpson Street production banner. Ross Ritchie and Stephen Christy will produce for BOOM!, while Adam Yoelin will co-produce.

The girl detective adventure movie, “Goldie Vance,” is set at a historical Miami resort. Goldie is a 16-year-old mixed raced girl who has ambitions of becoming the hotel’s in-house detective, and she soon becomes embroiled in uncovering an international crime ring.

“I’m ecstatic to be collaborating with Rashida and BOOM! Studios on telling this story,” Washington said in a statement. “Fox is the perfect home for this project. Goldie Vance will steal your heart. She’s already stolen mine!”

Jones added, “Goldie is exactly the kind of fearless, curious and funny heroine we need right now.  I’m so honored to partner with Kerry Washington, BOOM! Studios and FOX to bring her world to life.”

Simpson Street was established in 2016 by Washington, and its first project, HBO’s “Confirmation,” received an Emmy nomination for Best TV Movie/Miniseries. The production company is currently producing the films “City of Saints & Thieves” with Will Packer Productions, “The Mothers” with Warner Bros., “The Perfect Mother” with Pascal Pictures and “24-7” with UnbeliEVAble Entertainment and Universal.

Fox recently took a minority stake in BOOM! Studios, which extended its first-look deal with both 20th Television and 20th Century Fox Film.