After getting roundly roasted by critics and most comic book fans so badly that it led to Ben Affleck’s disappointed face becoming an internet meme, it would seem that “Batman v Superman: Dawn of Justice” would be a lock to win Worst Picture at the Razzies this year, right?

Not in Trump’s America.

Instead, the sarcastic awards ceremony that “honors” the worst films of the year gave its top prize to Dinesh D’Souza’s documentary “Hillary’s America: The Secret History of the Democratic Party.” The film, which was released just after the Republican National Convention last year, aims to “expose” Hillary Clinton and the Democratic Party, but was lambasted as “incoherent” by critics and, ultimately, landing a 4 percent rating on Rotten Tomatoes.

“There’s a laziness about ‘Hillary’s America,’ but it’s cinematic, not historical,” wrote The Washington Post’s Alan Zilberman. “D’Souza lets scenes drag, jumping through history in ways that quash any sense of discovery and creating an overall sense of boredom.”

“The point of ‘Batman v Superman’ isn’t fun, and it isn’t thinking, either. It’s obedience,” said The New York Times’ A.O. Scott in a particularly acidic review that contributed to the film’s 27 percent Tomatometer rating.

Scott continued: “The theology is invoked not to elicit meditations on mercy, justice or sacrifice, but to buttress a spectacle of power. And in that way the film serves as a metaphor for its own aspirations. The corporations that produce movies like this one, and the ambitious hacks who sign up to make them, have no evident motive beyond their own aggrandizement. Entertainment is less the goal than the byproduct, and as the commercial reach of superpower franchises grows, their creative exhaustion becomes ever more apparent.”

The one category that broke the “BvS”/”Hillary” duopoly was Worst Supporting Actress, which went to Kristen Wiig for “Zoolander No. 2.”

One award at the Razzies wasn’t negative: The Redeemer Award, which goes to a past Razzie winner or nominee who put out critically-acclaimed work this past year. This year’s winner was Mel Gibson, who was nominated two years ago for his performance in “The Expendables 3” and who has now scored a Best Director and Best Picture nomination at the Oscars with “Hacksaw Ridge.”

Check out the full list of nominees below. Winners are in bold.

Hillary’s America: The Secret History of the Democratic Party

Dinesh D’Souza (as himself), Hillary’s America: The Secret History of the Democratic Party

Megan Fox, Teenage Mutant Ninja Turtles: Out of the Shadows

Will Ferrell, Zoolander No. 2

Any 2 Egyptian Gods or Mortals, Gods of Egypt

The Entire Cast of Once Respected Actors, Collateral Beauty

Alice Through the Looking Glass

Teenage Mutant Ninja Turtles: Out of the Shadows

Hillary’s America: The Secret History of the Democratic Party 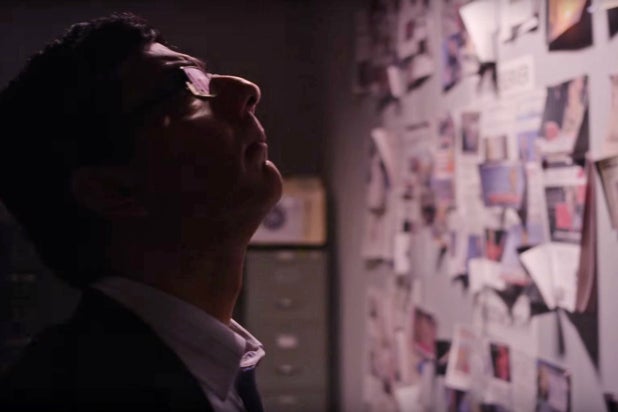