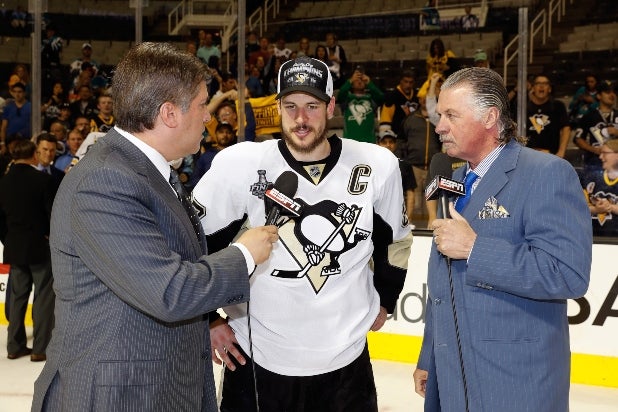 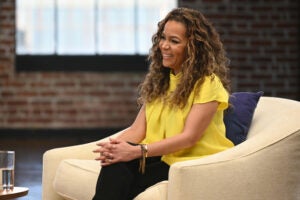 Reunion Between NHL and ESPN Fixes a 17-Year-Old Mistake

The NHL and ESPN are back together for the first time since the last buzzer sounded at the 2004 Stanley Cup Finals.

The two’s new 7-year deal, announced Wednesday, reverses a mistake many believe the two parties made 17 years ago.

At one point, the NHL and ESPN were tied at the hip. ESPN and ABC were the league’s main broadcaster from 1992 until 2004, with NHL games providing a measure of stability in the early days of ESPN2. After a lockout wiped out the entire 2004-05 season, ESPN declined to pick up its option for the 2005-06 season, which would have cost $60 million, nor match NBC’s three-year offer. Then ESPN/ABC sports president George Bodenheimer blamed the work stoppage and the league’s meager TV ratings for walking away, saying “no financial model even remotely supports the contract terms offered.”

Many industry observers have argued that fateful decision has been disatrious for the NHL. Bettman told TheWrap during a press conference that, though the league has seen its TV ratings increase (though it still pales in comparison to the other major sports in the U.S.), not being on ESPN has definitely had a negative impact, particularly in the amount of coverage the league got on shows like “SportsCenter.”

“While ESPN covered us on a regular basis with great talent, had a presence during the playoffs, particularly at the Stanley Cup Final, my guess is it’s only human nature that there would have been more of an intention on the properties that they had rights to than on us,” Bettman said Wednesday. “I’m well aware of their ability to promote and market and reach more sports fans than anybody else. And I think that is going to continue our growth, and was an extraordinarily important part of the attractiveness of us coming together.”

ESPN president Jimmy Pitaro said that when he first took over the network three years ago, getting the NHL back, which has a much younger fanbase than other sports, was one of his first priorities. With their seasons overlapping, ESPN will be able to put either an NBA or NHL game on one of its platforms most nights of the week during the winter months.

The deal is valued between $2 billion and $2.2 billion, which would be somewhere between $285 million and $314 million annually. NBC currently pays $200 million per year on its soon-to-expire deal. A rep for ESPN and NHL did not respond to TheWrap’s request for comment on the deal terms.

It also puts 75 games exclusively on Disney’s streaming platforms ESPN+ and Hulu, represents the biggest signal that sports is heading towards a more streamed future. While Pitaro told TheWrap the deal “reinforces” its commitment to the linear model (ABC will get four Stanley Cup Finals over the life of the deal, and major games will still air on TV exclusively), he said that streaming “is at the heart” of the agreement. “This is a reflection of its role as a critical part of our future,” he said.

NBC had hoped to use NHL as one of the building blocks for The NBC Sports Network, its attempt to compete with ESPN for sports TV dominance. NBC even went so far as to put Stanley Cup Finals games on the cable network. But the network will shut down at the end of 2021, moving its NHL inventory over to USA Network and streaming service Peacock.

The channel first launched in 1995 as The Outdoor Life Network (OLN), which primarily featured fishing hunting and other outdoor activities. It eventually began airing the Tour de France and relaunched as Versus in 2006. Following Comcast’s acquisition of NBCU from General Electric in 2011, executives announced their intentions to merge Versus within NBC Sports and create a new national sports cable channel.

“We’re all aware of how quickly the media landscape is evolving,” NBC Sports president Pete Bevacqua said back in January.

NBC is still hopeful of maintaining NHL rights past this season, and Bettman credited them for “a terrific job in growing the profile of the game.”