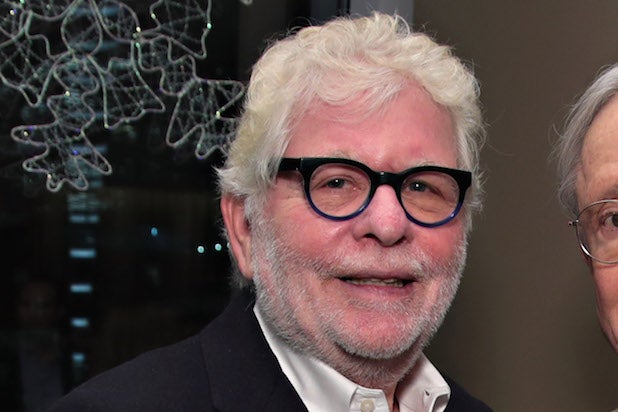 Opinion writer Richard Cohen is having quite the bad day on Twitter after writing a column for the Washington Post about white male privilege. Or rather, as the headline puts it, “Privilege is real. But being a white man shouldn’t disqualify me.”

The column comes largely in response to an New York Times op-ed criticizing the appointment of “yet another white, male director” to head up the Metropolitan Museum of Art, a phrase Cohen says makes him “recoil.”

Cohen says he is on women’s “side,” but cautioned that if employers “choose a woman because she’s a woman,” then “you’ve eliminated a man because he’s a man.”

Cohen also told a personal anecdote about a time he didn’t get a job because it was given to a woman who, he admits, was qualified.

“Once I was passed over for a newsroom position I very much wanted. “We needed a woman,” an editor told me. I said nothing, although I seethed. In short order, I was made a columnist, so I didn’t even get a chance to cry. But the instant rush of utter unfairness lingers. The woman chosen was qualified, but her qualification had nothing to do with her sex. I was told she was just a needed statistic.”

The reaction to Cohen’s column online has… not been kind. Most comments seemed to agree that even in writing about his privilege, Cohen doesn’t understand it. But commenters didn’t stop there. Some dissed his journalistic credibility. Others the overall quality of his work. And plenty more talked about less flattering moments from Cohen’s past.

“I would go so far as to say that Richard Cohen has never, ever deserved a position in any newsroom in the western world,” said ThinkProgress senior editor Jason Linkins on Twitter.

“Richard Cohen personifies the saying that when you are accustomed to privilege, equality can feel like oppression,” added Vox writer Matthew Yglesias.

I would go so far as to say that Richard Cohen has never, ever deserved a position in any newsroom in the western world.

Richard Cohen personifies the saying that when you are accustomed to privilege, equality can feel like oppression https://t.co/BiHxte03fJ

No one ever shares a Richard Cohen column because it's good.

So much to hate about the asinine Richard Cohen piece, but this caught my eye. If you don't understand that sexual harassment *is* discrimination, maybe you should refrain from writing about how gender equality is unfair to men. https://t.co/r38DzCX18C pic.twitter.com/yxR83DZkI0

Richard Cohen has been a Washington Post columnist for over 40 years, but he’s still bitter about once having lost a job to a woman he concedes was well-qualified https://t.co/RZmSJxs52H

Also Read: Ingraham Tells Hannity: 'I'm Glad for like a Millisecond the Heat's off Me and on You'

In addition to sexually harassing a female coworker, Richard Cohen did lasting damage to womankind by coining the term “biological clock” https://t.co/93dYGaK0xw pic.twitter.com/RVvm5BwHSl

Met Museum: Hires a white man to lead it, as it has always done.
Op-Ed Writer: That was a missed opportunity to diversify the Met's leadership.
Richard Cohen: WHITE MEN ARE NOT ALLOWED TO RUN MUSEUMS NOW

It is almost impressive how Richard Cohen manages to both invalidate his entire premise in this paragraph AND illuminate the fact that equality feels like oppression to a privileged group. It's almost impressive because I'm certain that is not what he mean to do. pic.twitter.com/MfmCa3EL8q