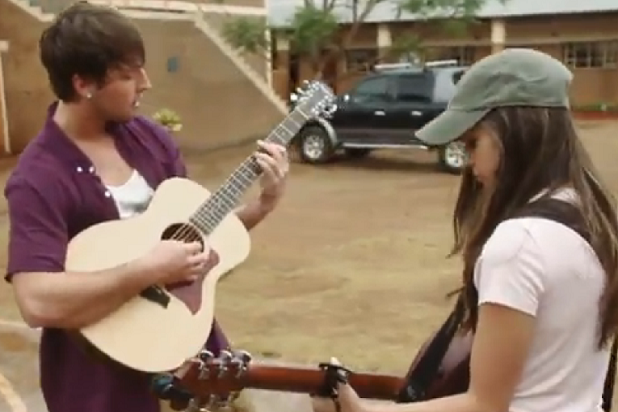 Ricki Lake hopes to bring an end to HIV and AIDS, and she’s enlisting some help to do it.

The former talk-show host will unveil her documentary “#TreatmentForAll” on Facebook Monday at 10:30 a.m. ET, the  first such short-form documentary on Facebook, People reports.

In the documentary,”The X Factor” alum Wesley Stromberg and YouTube star Megan Nicole team up to perform a modified version of the U2 song “One.”

Stromberg and Nicole, along with social media stars Melvin Gregg and Sammy Wilkinson joined Lake in visiting the Jacaranda School in Malawi, Africa, to visit orphaned children who have been affected by AIDS.

The video premieres on thof World AIDS Day on Dec. 1.

Watch the preview in the video.