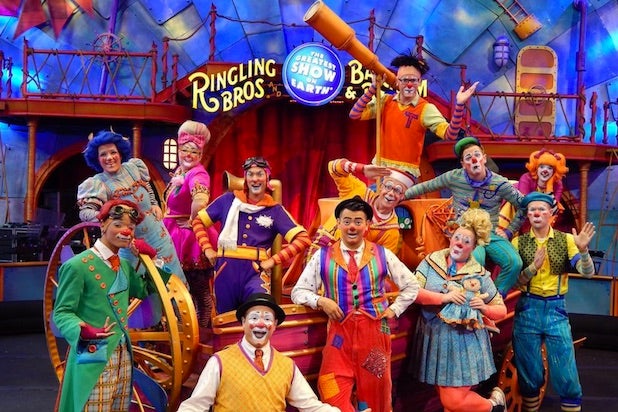 Ringling Bros. and Barnum & Bailey Circus is packing up their tent and, come May, ending their 146-year run as “The Greatest Show on Earth.”

After shows in Orlando and Miami, the company broke the news to the nearly 500 circus employees, the AP reports.

“This was a difficult business decision to make, but by ending the circus tours, we will be able to concentrate on the other lines of business within the Feld Entertainment portfolio. Now that we have made this decision, as a company, and as a family, we will strive to support our circus performers and crew in making the transition to new opportunities,” Juliette Feld, CEO of Feld Entertainment, owner of the Ringling Bros. and Barnum & Bailey Circus said in a statement.

In recent years, skyrocketing operating costs, declining ticket sales and battles with animal rights groups plagued the circus. Organizations like PETA were at the forefront of protesting with claims of animal cruelty and lawsuits were filed. After pressure made by state and local rules placed more restrictions on use of exotic animals and the bull hook trainers use, the elephant act was retired May 1, 2016 — and ticket sales plummeted.

“The symbol of the ‘Greatest Show on Earth’ is the elephant, and that’s what we’ve been known for throughout the world for more than a hundred years,” Kenneth Feld, chairman and CEO of Feld Entertainment, said. When asked if the circus would ever be the same without the elephants, he added, “No, it wouldn’t.”

The news of the circus’ closing was applauded by PETA Sunday.

PETA is asking all other animal circuses to follow suit, as this is a sign of changing times.

36 years of PETA protests, documenting animals left to die, & beaten animals has reduced attendance to the point of no return. #RinglingBros

Thank you to everyone who’s stood up against #RinglingBros, whether you’ve picked up a protest sign, talked to friends, or shared videos.

The iconic circus began in the late 1800s with Phineas Taylor Barnum’s traveling show of animals and human oddities… and the juggling act of the give Ringling brothers. They soon after merged and performed around the country, traveling by train. The Feld family acquired the circus in 1967.