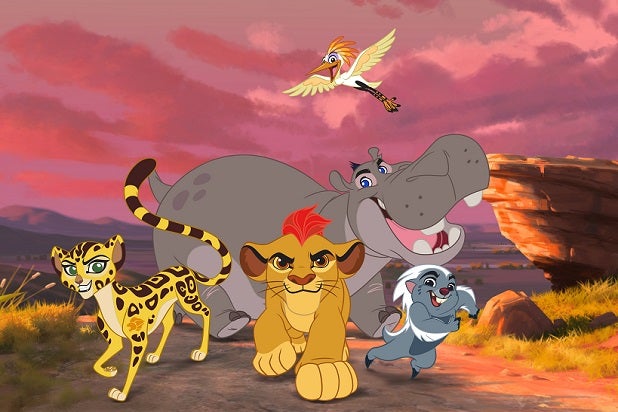 Rob Lowe and Gabrielle Union will be showing more pride in their work than usual with their latest project.

Lowe and Union have joined the cast of “The Lion King: Return of the Roar,” an animated primetime movie premiering on the Disney Channel in November.

The new offering follows Kion (“The Strain” star Charles), the second-born cub of Simba (Lowe) and Nala (Union), as he assumes the role of leader of the Lion Guard, a team of animals tasked with preserving the Pride Lands.

The cast also includes Joshua Rush (“The Adventures of Puss in Boots”) as Kion’s friend and fearless honey badger Bunga; Diamond White as confident cheetah Fuli; and Dusan Brown as Beshte, a friendly and good-spirited hippo.

“Return of the Roar” will break with the “Lion King” precedent in that, traditionally, the Lion Guard has been comprised of lions known to be the fiercest, bravest, fastest, strongest and keenest of sight in the Pride Lands. However, Kion breaks tradition by instead calling upon some of his friends who he believes best exemplify these heroic qualities.

The new film, which is produced by Disney Television Animation, was developed by Ford Riley (“Special Agent Oso”), who’s also executive producing. Howy Parkins (“Jake and the Never Land Pirates”) is directing and Christopher Willis (“Mickey Mouse”) is serving as composer. Beau Black (“Miles from Tomorrowland”) is the singer/songwriter.

The movie will be followed by the series “The Lion Guard,” which will premiere early next year on Disney Channels and Disney Junior Channels globally.

Watch a clip from “Return of the Roar” in the video.