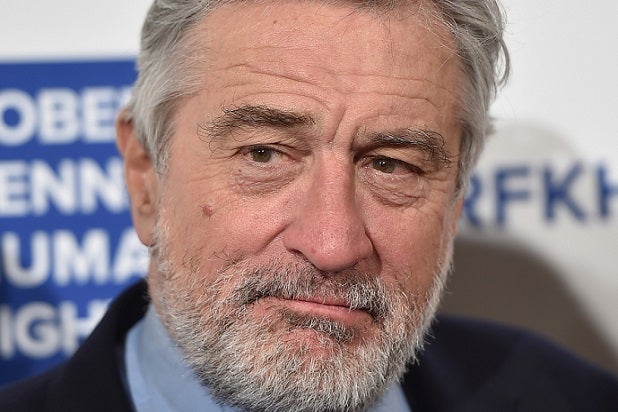 Robert De Niro had a short fuse during an interview to promote his movie “The Intern,” as he stormed out due to a “negative inference.” A Radio Times reporter asked De Niro about how he resists going into “autopilot mode on set” and what he thinks about bankers having taken over New York’s Tribeca district, provoking his abrupt exit.

According to reporter Emma Brockes, the questions prompted the seemingly “depressed” actor to ask her to shut off her tape recorder.

“He then pops out of his chair, starts pacing madly and says he’s cutting short the interview because of ‘negative inference’ of what I just said,” Brockes said.

The reporter told De Niro that she found him “very condescending,” to which he responded, “Oh, you think “darling” is condescending?” The exchange ended after that.

De Niro is known to give less-than-exciting interviews and, according to Brockes, costar Anne Hathaway started crying during a roundtable discussion in which she described the honor of working with De Niro, to which he looked “baffled and vaguely appalled.”

“The Intern,” hits theaters on Sept. 25 and stars De Niro, Hathaway and Adam Devine, telling the story of a 70-year-old intern who decides to work in Hathaway’s online fashion kingdom.