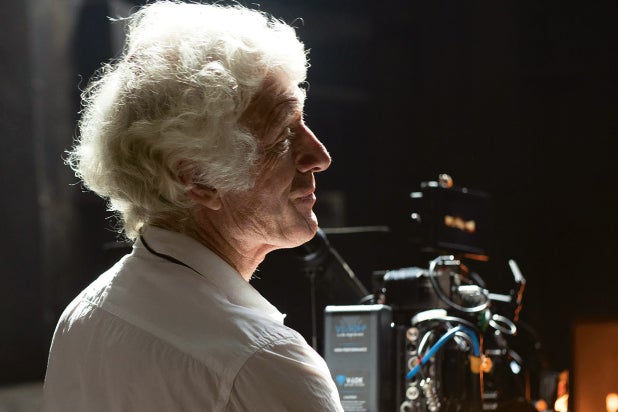 Roger Deakins might be the greatest living cinematographer, and he’s finally – finally! – getting the credit he deserves. Deakins won the Oscar for Best Cinematography, snapping an epic Oscar losing streak.

Deakins’s nomination for “Blade Runner 2049” marked his 14th nomination dating back to 1995, but this is his first win.

“I really love my job. I’ve been doing it a long time as you can see,” Deakins said upon winning his Oscar. “It’s for us, because it was a team, a real team effort.”

Deakins has been nominated for his work with the Coen Brothers, Sam Mendes and his director on “Blade Runner 2049,” Denis Villeneuve. Some of his notable, yet Oscar-losing work, included other Best Picture nominees “Fargo,” “The Shawshank Redemption” and “No Country for Old Men,” which went on to win Best Picture. This win follows Deakins earning top honors from the American Society of Cinematographers.

In speaking with TheWrap for the Down to the Wire Oscars magazine, Deakins didn’t think he was overdue for the award. “Some of the greatest work is never appreciated, so from my point, it’s wonderful to be appreciated over the years,” he said.

“Blade Runner 2049” is the follow-up to Ridley Scott’s sci-fi classic, shot by Jordan Cronenweth, who never won an Oscar either. The special effects heavy “Blade Runner 2049” is dazzling, but Deakins told TheWrap you’d be surprised how much was actually captured in-camera without the aid of CGI.

“I think that’s a lot of the fun of my job. And there’s something about doing it in camera that’s a reality you don’t get with a computer, no matter how good the work is,” Deakins said.