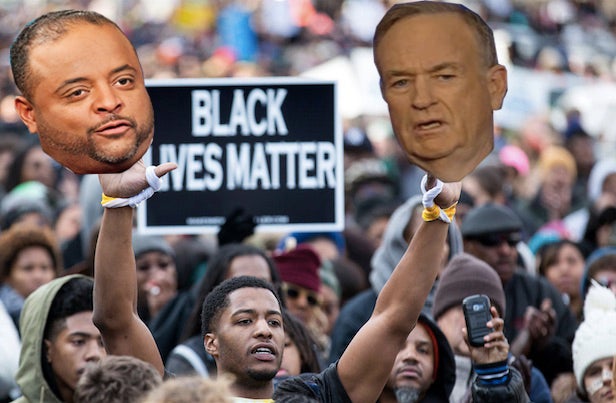 Bill O’Reilly‘s coverage of the #BlackLivesMatter movement proves he’s a “despicable coward,” TV One’s Roland Martin told TheWrap over the weekend, calling out the Fox News host for dodging the opportunity to debate the movement’s principle activists in primetime.

“What we are witnessing is a perfect example of how effective Black Lives Matter is in that they are absolutely driving Bill O’Reilly and his cohorts mad,” Martin said in a wide-ranging interview.

O’Reilly has slammed the movement for weeks, comparing it to Nazis and criticizing its “radical gestapo” tactics. Martin, who supports #BlackLivesMatter’s call for social and economic equity — and mocked O’Reilly’s opposition — criticized “The O’Reilly Factor” host for refusing to debate real activists from the movement while extrapolating the violent calls of a few bad apples to the whole group.

O’Reilly and his colleague Sean Hannity, who has also bashed #BlackLivesMatter, are doing their audiences  a “severe injustice,” Martin said.

“Frankly, they are lying to their audience and painting a picture that is shameful and despicable.”

Martin highlighted the lack of strong, vibrant activists from the movement whom O’Reilly has booked on his show, questioning why such a vocal critic of the movement hasn’t gone toe-to-toe against the likes of organizers Tamika Mallory, Carmen Perez, or Alicia Garza, who coined the term “Black Lives Matter”; or activist DeRay McKesson.

Or of course, Martin himself, whose publicist has been in contact with O’Reilly’s executive producer about appearing, but has been told it’s “up to Bill,” Martin claimed. So far, O’Reilly has been a “wimp” and declined to accept the TV One host’s challenge to debate him, Martin said.

Fox News did not respond to TheWrap’s request for comment regarding whether O’Reilly would accept Martin’s challenge to appear. 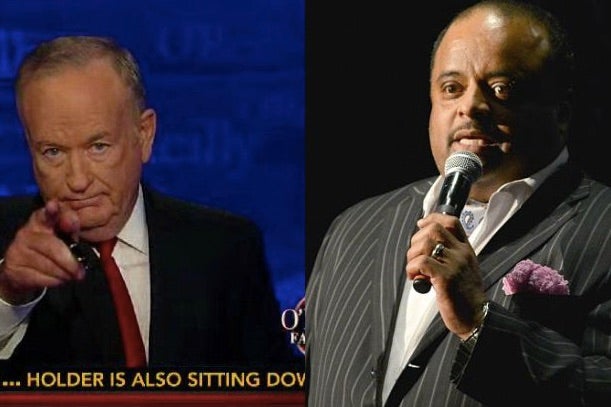 Martin railed against O’Reilly — and Fox News — citing a double standard in their coverage of #BlackLivesMatter vs. the Tea Party wave of five years ago.

That O’Reilly and many of his colleagues have called #BlackLivesMatter radical despite chiding media coverage that branded the Tea Party similarly due to a minority of bad actors is hypocritical, Martin argued.

“They are beyond hypocritical,” he said, pointing out that, as with the Tea Party, there have been plenty of activists in #BlackLivesMatter who have condemned the violence preached by some on behalf of the movement.

O’Reilly has also been a “wimp” because he’s challenged journalists who defend the moment to come on his program, but hasn’t faced off with those directly involved.

“Clearly, Bill has decided he doesn’t want to do it. What that tells me is he fears [the movement],” Martin said. He went on to say that O’Reilly is speaking to a largely white, conservative audience, preying on them with a  of “look at these crazy radical people; they’re the Nazis, they’re the Klan.”

“So you’re comparing #BlackLivesMatter to Nazis, who killed Jews during the Holocaust … really?” a dumbfounded Martin exclaimed.

O’Reilly doesn’t actually want to have a debate, Martin concluded, but said he would agree to one “anytime, anywhere.”

“I will challenge Bill O’Reilly anytime, any day. I will come to his studio, I will wait, I will take my show off and debate him on this,” he said before predicting O’Reilly won’t accept.

“They do not want their audience to be exposed to the truth.”