“Far too often, survivors of sexual assault suffer in isolation,” District Attorney Gascón said in a statement. “We must ensure that survivors have all options available to help with recovery, including trauma-informed services for healing and support to report such crimes.” 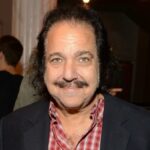 Jeremy is accused of sexually assaulting more than 20 women over a 23-year span dating to 1996. The alleged victims range in age from 15 to 51.