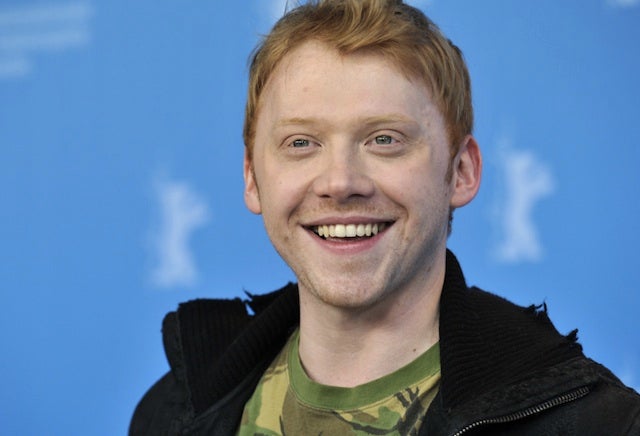 Rupert Grint is following in his “Harry Potter” co-star Daniel Radcliffe‘s footsteps by preparing to make his debut on the Great White Way.

The limited 17-week engagement will be directed by Jack O’Brien and will open October 9 at Broadway’s Schoenfeld Theatre. “I’m thrilled to be making my Broadway debut alongside this amazing cast and creative team,” said Grint in a statement.

“It’s Only a Play” has a play-within-a-play element and is set on the opening night of a new play from wunderkind director Frank Finger (Grint) and anxious writer Peter Austin (Broderick). Also in the cast of characters are Virginia Noyes (Channing), the star of the play, producer Julia Budder (Mullally) and Austin’s best friend (Lane), who turned down Broadway for a chance at being a bigt-ime TV star, which has turned out disastrously.

Grint previously appeared on the stage on the West End in a revival of Jez Butterworth‘s “Mojo.”