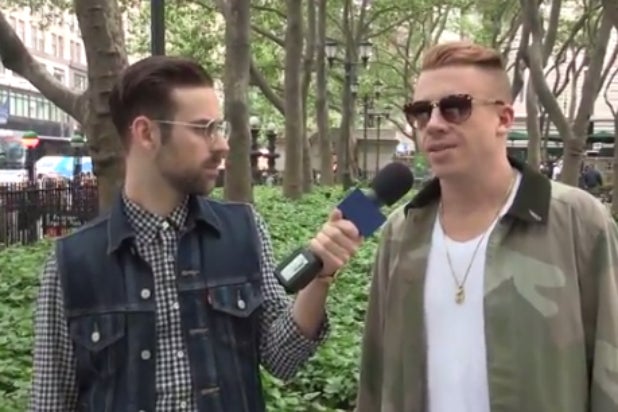 As many of our industry readers will attest, the producer gets no respect.

Jimmy Fallon lent his “Tonight Show” platform to Ryan Lewis of Macklemore & Ryan Lewis, to find out if anyone knows who the heck Lewis is and what he does. It couldn’t have been a confidence-builder for the hip-hop producer.

“Everyone knows who Macklemore is, but not many people know who Ryan Lewis is or even what he does,” Fallon explained Monday night. “In fact, a lot of self-proclaimed hip-hop fans wouldn’t even recognize Ryan Lewis if they were standing right next to him and talking to him. Which is why we sent Ryan Lewis himself — no disguise — out to the streets of New York to ask people what they know about Ryan Lewis.”

The passersby’s analyses of Lewis’ skills ranged from “I don’t really know what he does” to “it seems like he’s doing something with computers and whatnot.”

Lewis also asked fans to point him out in a photograph. At that point, most people got it — some still did not. One girl unknowingly rated Lewis’ looks a “C+,” directly to his apparently average face.

Macklemore even makes a cameo in the below clip to try and figure out what exactly his best buddy adds to their mix.