One House Bakery owners Hanalee Pervan and her mother, Catherine Pervan, spent a month after-hours crafting the uncanny likeness out of dead dough, which is yeastless and often used for baked goods like strudels.

Displayed outside of their Benicia, California, shop, Hanalee (who served as the sculpture’s model) told the New York Times, “People are just super interested by it, and you see people smelling it and poking it and they’re just like, ‘What is going on?’ They kind of don’t believe you that it’s made out of dough.” 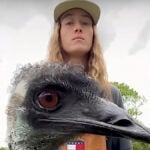 But this isn’t the mother-daughter duo’s first foray into punny breaded sculptures of pop culture significance: In 2018, their inaugural year, there was the “Game of Scones,” which included a White Walker made out of dough rather than ice, as well as a matching royal seat made out of baguettes. (One could argue it was still an iron-rich throne!)

Two years later, they rose to the occasion by crafting carb-y spoofs of “The Mandalorian,” featuring the “Pain-dough-lorian,” made up of breaded armor; “Baby Dough-Da” donned in bread; and “the Pandroid,” composed of pans and kitchen tools. Continuing on their roll, they made “Dough-ki” last year, an alligator made of bread that was no less menacing than the real thing, which paid homage to Marvel’s “Loki” and the eponymous character’s alligator variant. 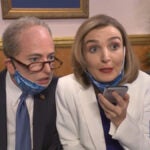 Also Read:
‘SNL’ Riffs on Pelosi’s Comments With Buffoonish Schumer: ‘If Trump Comes, I’m Gonna Let Him Punch Me in the Face’ (Video)

All of the scrumptious sculptures were designed for Benicia’s Downtown Scarecrow Contest, where the public votes on its favorite creative Halloween scarecrows displayed by local businesses.

Hanalee said crafting “Pan Solo” was particularly special for her because she had lost much of her ability to smell and taste after contracting COVID in January 2021.

“So just to find joy in a different part of food is really important,” she said.

Seems like these bakers are the heroes we didn’t know we kneaded. 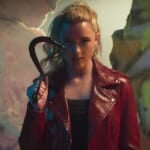