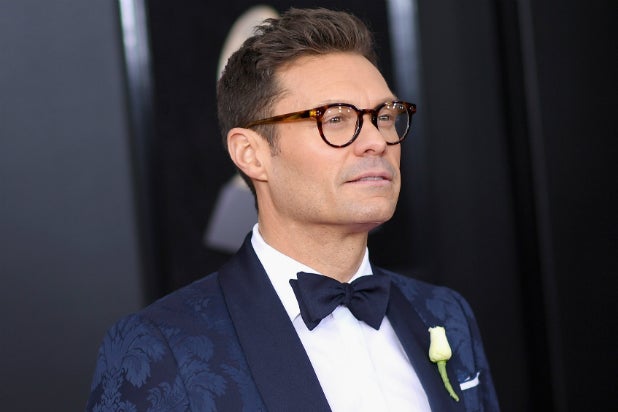 E! is still standing by Ryan Seacrest even after a man who worked with the star came forward on Wednesday’s “Today” show and said he saw the “American Idol” host sexually harass former stylist Suzie Hardy on several occasions.

Multiple people with knowledge of the investigation have confirmed to TheWrap that the unnamed man participated in the network’s independent investigation of Seacrest, which the company reported on Feb. 1 “found insufficient evidence to support the claims against Seacrest and therefore could not be substantiated.”

The “Live With Kelly & Ryan” co-host is scheduled to host E!’s Oscars red carpet show on Sunday as scheduled.

“There is absolutely nothing new here,” Baum told TheWrap. “The alleged witness who spoke with the ‘Today’ show participated in the third-party investigation; he was interviewed and his claims were fully evaluated, as were the claims of everyone else in involved in this matter. At its conclusion, the investigation cleared Ryan’s name. The bottom line remains that this entire matter was created by someone who wanted to be paid $15 million and Mr. Seacrest’s decision to fight back against what was essentially an extortion attempt.”

The man and his lawyers have not responded to TheWrap’s request for comment.

Attorneys for both Seacrest and Hardy say they have not seen the full report from the NBCUniversal’s investigation, which was conducted by a third party. “NBC refused to make the results of the investigation available to us, notwithstanding our demands,” Hardy’s lawyer, Harold King, told TheWrap.

On Wednesday’s “Today,” the man told NBC News reporter Kate Snow that he witnessed Ryan Seacrest sexually harassing Hardy. “She would go to tie his shoe and Ryan would shove her head toward his crotch,” he told Snow. “I saw that more than once.”

Snow also reported that a source close to Seacrest dismissed the former co-worker as “a friend of Hardy’s and a disgruntled former E! employee,” adding that other witnesses had disputed Hardy’s accounts.

After specifics from Hardy’s accusations came out in the media on Monday, the NBCU cable network issued a statement defending its “extremely comprehensive and thorough” investigation: “Over the course of a two month process, our outside counsel interviewed more than two dozen people regarding the allegations, including multiple separate meetings with the claimant and all firsthand witnesses that she provided. The investigator is an attorney with nearly 20 years experience and is highly regarded professionally. Any claims that question the legitimacy of this investigation are completely baseless.”

Variety reported Monday that Hardy accused Seacrest of subjecting her “to years of unwanted sexual aggression” while she was his stylist from 2006-2013, including “grinding his erect penis against her while clad only in his underwear, groping her vagina, and at one point slapping her buttock so hard that it left a large welt still visible hours later.”

At the time, Baum said that it was “upsetting” the publication chose to run Hardy’s story, saying that Hardy threatened to make the “false claims” if she did not receive $15 million. Hardy’s attorney told Variety that “neither he nor Hardy has asked Seacrest, E!, or the cable channel’s corporate parents for any money.”