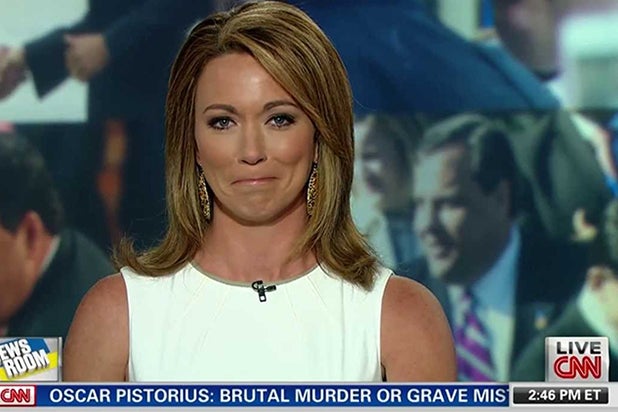 CNN anchor Brooke Baldwin is sick of covering one shooting after the other.

In a powerful op-ed for CNN, Baldwin expressed her frustration with having to report on the same tragic story routinely, as she was on air when news broke of mass shootings at Umpqua Community College, a Planned Parenthood in Colorado, and on Wednesday in San Bernardino.

“I know it’s my job as a journalist,” she began. “But in situations like these, I’m getting sick of speaking the words “active shooter situation. I’ve been covering too many of them.”

Baldwin explained she’s on the air for the two hours a day that kids are at school, adults are at work, and “mad killers tend to strike.”

She explained the behind-the-scenes happenings when shootings break and she’s on air, which requires her to stay calm and measured as she reports the facts of often times fluid situations.

The challenge — she’s just as furious as many Americans.

“Furious for the innocent victims who are being targeted. Furious this has happened again. Furious that nothing seems to be stopping it,” she said.

She recounted going home after covering the Newtown elementary school shooting and weeping.

Seeing the faces of family members. The firefighters who could never unsee the unthinkable. Those tiny caskets. I came home, sat in my dark apartment because I didn’t even bother to turn the lights on, and wept.