While the paparazzi and Twitterati descended upon downtown LA for the official premiere of "This Is It," three hundred miles to the east, the scene was more subdued — but perhaps just as thick with anticipation.

At the Regal Cinemas Fiesta 12, located in the Las Vegas suburb of Henderson, a steady stream of theatergoers packed into the pre-midnight showings of the farewell Michael Jackson — a notorious perfectionist — never anticipated. A table set up outside the entrance to the first screen showing the movie offered a chance to enter an MJ-related raffle, along with a postcard offering a $50 discount toward the purchase of the official "Michael Jackson Opus."

In case there were any doubt "This Is It" is very much a profit-driven enterprise, the postcard pretty much removed it.

Still, the energy surrounding the first showing of "This Is It" here in Henderson was real. Crowds of MJ fans, many of whom weren’t even born during the "Thriller" era, streamed into the multiplex with broad smiles on their faces.

And the managers of the Fiesta 12 knew why their patrons were here tonight. It all boiled down to one word on the digital marquees outside each screen showing "This Is It": 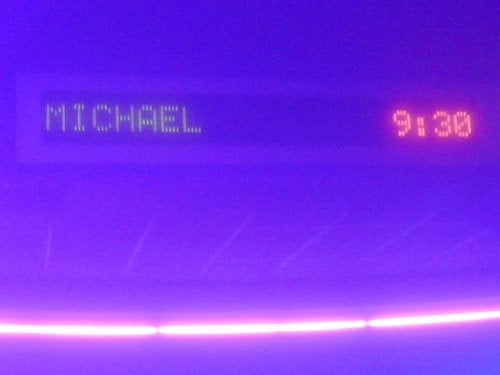