Sean Lock, the English comedian known for “8 Out of 10 Cats” — a comedy panel show on which he was a team captain and participant in a spin-off — and “15 Storeys High,” has died at 58. Per Wednesday reports out of the U.K., he died of cancer.

He was a highly regarded comedian and his death triggered a series of tributes online.

“8 Out of 10 Cats” host Jimmy Carr led the way, writing, “Brutal news about Sean Lock today. I loved him. I’m watching clips of him right now – laughing & crying. I’ll miss him so much.” 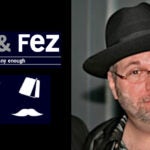 Also Read:
Fez Whatley, Radio Personality and Co-Host of ‘The Ron and Fez Show,’ Dies at 57

Comedian Ricky Gervais also memorialized Lock, tweeting, “Such sad news. RIP the great Sean Lock. One of the funniest, most influential comedians of a generation. A lovely man.”

“I wish I had the words to describe the exceptional man that was Sean Lock. But today I don’t, and I think he might have liked it that way,” said Susie Dent, a lexicographer and media personality.

Lock wrote material for comedians like Bill Bailey and Mark Lamarr. He hosted his own entertainment show at one point, contributed voiceover work to the BBC and acted in scripted series, as well.