Secret Service Director James Murray has stepped down from his position as head of the presidential protective force and, according to The Washington Post, has been hired by Snap as their chief security officer.

Murray announced his resignation Thursday, according to a statement from the agency.

“Murray contributed significantly to the agency’s continued professionalization and growth, and helped the agency navigate the unique challenges presented by the historic COVID-19 pandemic,” the statement reads. “Throughout which the agency continued executing its integrated mission of providing protection to senior elected leaders and investigating crimes targeting our financial infrastructure.” 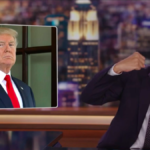 Also Read:
Trevor Noah Reenacts Dilemma ‘Lunging’ Trump Posed to Security: ‘They’ve Got to Jump in Front of Their Own Punch!’ (Video)

His last day with the Secret Service will be July 30. He was the 26th director.

“We’re thrilled to welcome Jim Murray to Snap and look forward to him joining our team on August 1,” a Snap spokesperson told TheWrap.

In his new role, Murray will help ensure the safety and security of the more than 5,000 global employees for the parent company of Snapchat. He will report directly to CEO and co-founder Evan Spiegel.

Since 2019, Murray steered the security service through eight National Special Security Events and almost 20,000 international and domestic operations. The Secret Service also recovered approximately $4.2 billion in fraud loss and prevented an estimated $8.1 billion in additional losses at the hands of criminal enterprise during Murray’s tenure.

Before being named director in spring 2019, Murray worked as deputy assistant director of Protective Operations. In this role, he handled agency coordination around the 2016 presidential election as well as the transition between former presidents Barack Obama and Donald Trump. 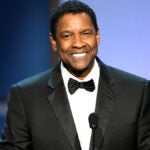