The Writers Guild of America, West has chosen Seth MacFarlane, the creator of "Family Guy" and a writer, producer and voiceover artist on that show, "American Dad" and "The Cleveland Show," to host its February 20 awards show, which will take place concurrently with the WGA, East show in New York City. 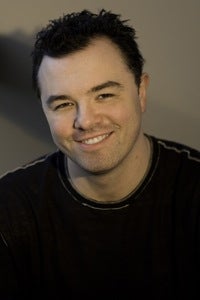 “I’m honored and humbled to be chosen as host of the WGAW awards. I look forward to catching up with my strike buddies from 2007, and making some new strike buddies for 2011,” said MacFarlane on his WGA L.A. show hosting gig.

“Everyone knows his extraordinary voiceover talents, but we’re only beginning to see him as a versatile live performer. He can sing, dance, spin plates…and we’re going to put him to work,”” said Writers Guild Awards’ WGAW show executive producer Spike Jones, Jr.

MacFarlane began his career studying animation and design at the Rhode Island School of Design, where he created the animated short film, "The Life of Larry." Impressed executives at Hanna-Barbera encouraged MacFarlane to move to Los Angeles in 1995 to create and direct a short film for them. After moving to L.A. , he went on to work on numerous animated series, including" Ace Ventura," "Jungle Cubs," and "Johnny Bravo."

Executives at Fox recognized his talent and offered him a chance to create a primetime animated series of his own. Over the next six months, MacFarlane created, animated, wrote, directed, and provided all the main male characters ‘ voices for what became the hit animated TV series "Family Guy." MacFarlane went on to receive an Emmy Award for Outstanding Voice-Over Performance for his role as “Stewie Griffin,” and "Family Guy" has garnered two Emmy nominations for Outstanding Animated Series. In 2002, he also received an Emmy for Outstanding Music and Lyrics for the show. In 2009, "Family Guy" was only the second animated show since "The Flinstones" in 1961 to be nominated for a primetime Emmy in the Outstanding Comedy category.

The WGAW will host its 2010 Writers Guild Awards’ West Coast ceremony on 2/20 to honor the year’s outstanding writing in film, television, and other creative categories. The Guild will recognize screenwriters with Original, Adapted, and Documentary Screenplay awards, as well as honoring television writers in a variety of categories, including overall TV series awards for Comedy, Drama, and New Series. In addition to WGAW’s own lifetime achievement Screen and Television Laurels and honorary service awards, WGA trophies for Episodic Drama, Episodic Comedy, Original Longform, Animation, Videogame Writing, and other competitive categories will be presented at this year’s gala event. Additional presenters/talent will be announced closer to show date.