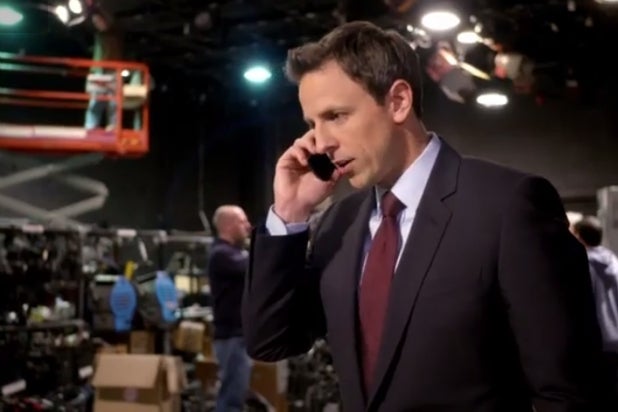 Seth Meyers has bid adieu to “Saturday Night Live” and is heading on to host NBC’s “Late Night” — but before then, he’ll be dropping by TLC’s “Say Yes to the Dress.”

Meyers will guest on the series’ Season 11 premiere on Feb. 21, surprising a fan named Shealynn, a medic in the Army who was injured in a roadside bomb explosion in Afghanistan. Bride-to-be Shealynn is trying to get a fresh start as she goes through rehab for her injuries.

Meyers drops in to surprise Shealynn at the end of her appointment at the salon to help her say — uh-huh — “yes to the dress.”

Meyers, who put in his final shift as Weekend Update on “Saturday Night Live” this weekend, will take hosting duties on “Late Night” from fellow “SNL” alum Jimmy Fallon on Feb. 24, with Fallon moving over to replace Jay Leno on “The Tonight Show.”