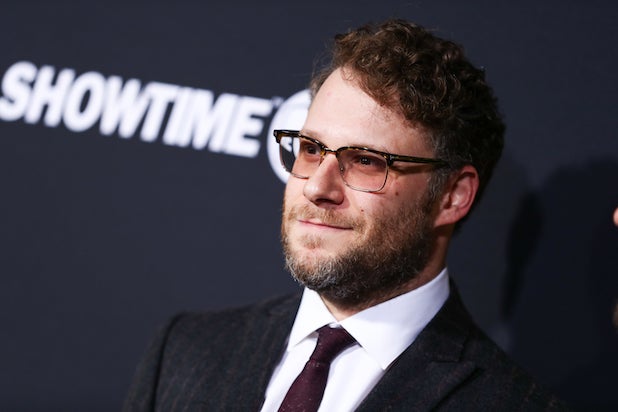 CBS is in development with “UNprofessionals,” a new single-camera comedy series about the United Nations from Seth Rogen and Lionsgate Television, TheWrap has learned.

The show offers a behind the scenes look at a group of the least important people working at one of the world’s most important places: The United Nations.

Andy Schwartz (“Scrubs”), and the Sklar Brothers (Randy and Jason Sklar) will write and Jay Chandrasekhar (“Arrested Development,” “New Girl”) will direct. Chandrasekhar, Schwartz, and the Sklars will executive produce, with Rogen, Goldberg, Weaver and Alex McAtee for Point Grey Pictures. The project was developed alongside Point Grey’s vice president and head of television Loreli Alanis.

Lionsgate TV is the studio — the project falls under its multi-platform partnership with Point Grey, which was signed in April of this year.

Rogen also has a documentary in the works at CBS All Access based on the book “Console Wars” by Blake J. Harris. Point Grey’s most recent film, “The Good Boys,” is currently in theaters.

The Sklar brothers are an identical twin comedy and acting duo who formerly hosted “Cheap Seats,” which ran from 2004-2006 on ESPN Classic. Their television credits include “Grey’s Anatomy,” “Curb Your Enthusiasm,” “Children’s Hospital” and “Mighty Med,” while their film credits include “My Baby’s Daddy,” “Bubble Boy,” “Wild Hogs” and “The Comebacks.”