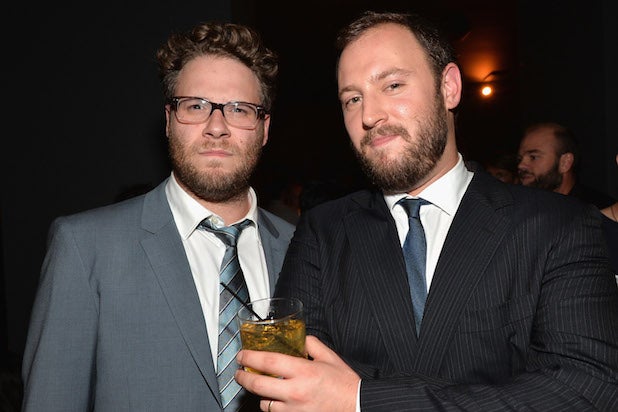 Atlantic Books will publish the business thriller “Console Wars: Sega, Nintendo and the Battle That Defined a Generation” in August.

Sega was a small, scrappy company led by an unlikely visionary in Tom Kalinske when it took on gaming juggernaut Nintendo and revolutionized the video game industry.

Harris draws on hundreds of interviews to present the first full account of this titanic corporate battle, which transformed computer games into a global industry that recorded sales of $50 billion last year, making it a bigger business than the film and music industries combined.

As a teenager, it was fascinating to watch Nintendo and Sega try to one-up each other, with Sonic the Hedgehog introduced as a formidable rival to beloved sibling plumbers Mario and Luigi. Rogen and Goldberg grew up witnessing the battle first-hand, and “Console Wars” has the potential to be fascinating should they find the right actor to play Kalinske.

Rudin will produce with Rogen and Goldberg, while Harris will executive produce and co-direct a documentary on the same subject.

“Blake Harris’s amazing book has all the narrative drama of the work of Michael Lewis and Ben Mezrich. It should appeal to gamers and non-gamers alike,” said Toby Mundy, publisher at Atlantic Books, which acquired U.K. and Commonwealth rights (excluding Canada) from Carolyn Bodkin at HarperCollins U.S.