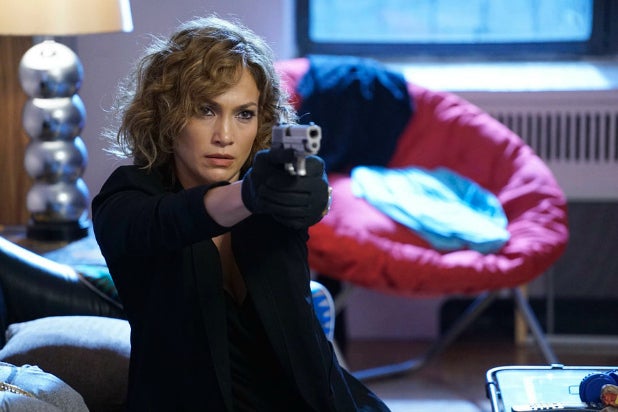 Jennifer Lopez’s run as Det. Harlee Santos is coming to an end.

“Shades of Blue” will conclude after its third season, NBC said Wednesday. Its 10-episode final season will premiere on NBC on June 17.

“I have enjoyed producing and starring in this beautifully complicated world and playing such an empowering yet flawed character – a woman, a detective, but, first and foremost, a mother,” Lopez said. The pop star will continue her relationship with NBC with the second season of “World of Dance,” and she’s busy with other projects as well as her Las Vegas residency.

Also Read: Jennifer Lopez Set to Return to 'Will & Grace' in 2 Different Roles

She said that playing Harlee “strengthened” her and “helped me grow into a more self-assured woman.”

“It’s crazy how some parts permeate your soul and change you forever and for that I am grateful,” Lopez said. “We crafted a poetic three-season arc on how her journey ends, which is true redemption. The way only Harlee could have done it – the hard way, the road less traveled. I thank NBC and all the talented actors, writers, crew and producers for going on this journey with us!”

“We are very proud that this remarkable series attracted iconic stars like the incomparable Jennifer Lopez and Ray Liotta to broadcast television,” said co-president of scripted programming at NBC Entertainment Lisa Katz. “We are so grateful for all the hard work and dedication of Jack Orman and his incredible producers as well as the entire cast and crew.”

Also Read: What Ray Liotta Learned From Kissing a Guy on 'Shades of Blue' (Exclusive Video)

“This is one of our flagship shows and we’re excited to share the final chapter with viewers who will be on the edge of their seats discovering how Harlee’s story concludes,” president of Universal Television Pearlena Igbokwe added. “It has been a supreme pleasure to work with Jennifer Lopez and her producing partners Elaine Goldsmith-Thomas, Benny Medina, Ryan Seacrest and Nina Wass.”

“Shades of Blue” returns to NBC for its third and final season Sunday, June 17 at 10 p.m.