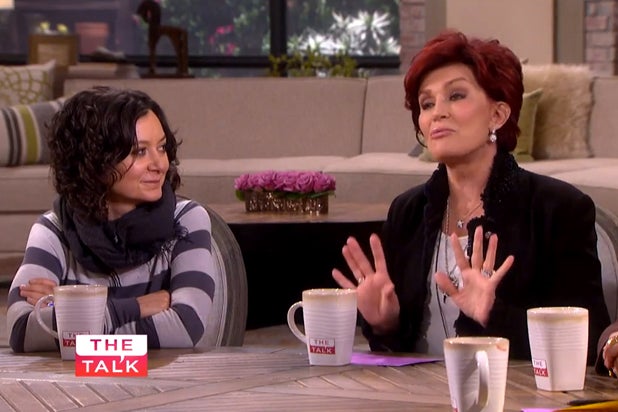 Sharon Osbourne has a new suggestion for “The View” hosts: accept her apology for telling them to “go fuck themselves” on Wednesday’s “Arsenio Hall.”

Osbourne took a few moments on Thursday’s “The Talk” to address her comments and apologized unreservedly, noting that she very much respected Jenny McCarthy, Sherri Shepherd and Whoopi Goldberg and their accomplishments. Osbourne had already stated that she was a big fan for Barbara Walters.

“I was inappropriate and I was trying to be funny at somebody else’s expense,” Osbourne said. “I’m really just a loose cannon! Anyway, I want to apologize to Jenny, Sherri and Whoopi who are all accomplished, self-made women who have amazing careers.”

A spokesman for “The View” had no comment on any of Osbourne’s suggestions.