Sharon Osbourne called out head of CBS Daytime Amy Reisenbach and showrunners Heather Gray and Kristin Matthews as the people behind her ouster from “The Talk.” During her interview with Megyn Kelly, Osbourne also criticized her former cohosts Sheryl Underwood and Elaine Welteroth for their roles in her departure.

“Amy Reisenbach, her name is, and the two showrunners, Heather Gray and Kristin Matthews, who I’d worked with for – I’d worked with the showrunners for 11 years,” Osbourne recounted on Kelly’s SiriusXM show. “They were friends of mine, especially Kristin Matthews. And I told them that they’ve destroyed me. I told them I will never be able to get over this. It’s like, once you have that seed put on you, that you are a racist, it never goes away. I told them they destroyed me.”

Osbourne says she was labeled a racist after defending friend Piers Morgan after he was criticized for making disparaging comments about Meghan Markle and her Oprah Winfrey interview.

Also Read:
Sharon Osbourne Feels ‘Betrayed’ After ‘The Talk’ Ouster: ‘Where’s Their Apology to Me?’

“And at the time, I did have on my socials, people complaining that I shouldn’t have supported Piers and that made me look like a racist, but I don’t think that anybody complained to the FCC,” she said. “I don’t think that I was out of order by dealing with it the way that I did, because I was talking to a friend of 11 years. I was talking to a woman that I’ve traveled with, that I’ve worked with, that I sat beside for 11, well, it’s actually, she was there for 10 seasons. So for 10 seasons, I had sat next to this woman. She was a family friend. And then boom, she puts me on the hot seat talking about racism, and she knows my history. She knows me. She knows I’m not a racist.” 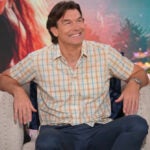 “I think that the showrunners were doing what Amy had told them to do. Weak, weak women, that didn’t have a backbone to turn around and say, “This is suicidal. We can’t do this.” And to let it go after the break, so it was 20 minutes on national TV of bashing me. Twenty minutes … They just – it blindsided me.”

Osbourne then turned her criticism to Underwood and another cohost, Elaine Welteroth.

“But the thing was, it was Sheryl, I think, thought she was Gayle King. She was hitting me up, not as a co-host and a friend, she thought she was a journalist. And then you’ve got Elaine [Welteroth] who, I don’t know because I don’t know her that well, agreeing and you know, it was just a nightmare. But yeah, it was this woman, Amy, who I’ve met in my life maybe three times.” 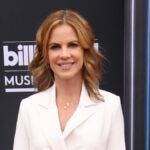 Kelly then played audio of Welteroth apologizing to a crying Sharon for things happening behind the scenes after the argument with Sheryl.

“Here’s the thing I just want you to just know. Sheryl and I are held to a different standard by black people and people of color out there who expect us to say something about every racist, anything similar,” Welteroth said on the recording. “And it puts us in such a f—ed position that even if we don’t have the information, if we don’t even really care, if we don’t really want to engage, it feels like a spotlight is on us. You know? And, and so it’s like, I think that Sheryl was trying to navigate that line. You know what I mean? Where she was like, this is my friend. I know you’re not racist. And I hear you, though. I will take that to heart. You are right. You wanted to hear, you are not a racist, Sharon. We know that.”

Following this clip, Osbourne called Welteroth a hypocrite and mentioned how Welteroth complained to HR often — including right after she made the above apology to Sharon.

Kelly wanted to clarify which words of Welteroth’s were the sincere ones. Osbourne said she wasn’t sure.

“I think it was her wanting to – she complained a lot. She did go to HR a lot, Elaine. She’s just one of those people. That’s who she is,” Osbourne said. “She feels she wants her rights and she’ll fight for it, which I kind of admired at the beginning. I don’t know her well. You’ve got to remember, I only worked with her from January to March, so I really don’t know her well. But just a hypocrite.”

Osborne also found points to connect with Kelly over the business of TV.

“Megyn, you know TV. You know how it works,” Sharon said when Kelly asked about CBS’ moral grounds. You know, you have no friends. These people that run these networks, especially one that was failing, they are desperate to keep their jobs. They are desperate, in these times we live in, to be perceived as more than woke. You know, they want to be seen as Mother Teresa and Jesus Christ, but they’re all hypocrites. They’re liars and they’re hypocrites, and they’ll do whatever they have to do to keep their job.”

Watch more of Osbourne’s interview above.