Shauna Phelan and Zack Olin have been promoted to executive vice presidents and co-heads of Nickelodeon and Awesomeness Live-Action Series and Film.

In addition to their promotion, the pair jointly announced a book-driven slate of new projects including “Junie B. Jones,” “My Weird School,” “Hot British Boyfriend,” “The Babysitters Coven,” “Sloppy Firsts,” “This is What Happy Looks Like,” and a new live-action series, “Majorettes” (working title), based on an original BuzzFeed article by Frederick McKindra. 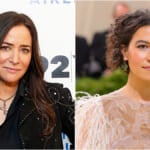 “We are thrilled to be in a position to identify and build long-term IP for a global audience that spans platforms, and we’re inspired by these exciting book titles for our audience that will complement our owned IP and original development,” the pair said in a joint statement on Tuesday.

Those projects are the first developments to come out of Nickelodeon and Awesomeness’ new
in-house Literary Affairs department helmed by Eddie Gamarra.

Additionally, Syrintha Studer, has joined Paramount’s Global Content Licensing division as executive vice president of international productions. She was previously EVP of Nickelodeon and Awesomeness Films. In her new role, Studer will oversee content strategy, development and production of local language and micro-budget films for the studio’s new business unit.

The label will develop and produce a slate of films to include international local language productions as well as micro-budget films, sourced domestically or internationally, for release via limited theatrical or direct-to-consumer platforms globally. 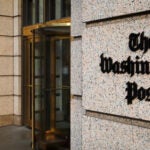 “Syrinthia has incredible creative instincts to find stories in which audiences around the globe will relate,” said Dan Cohen, chief content licensing officer for Paramount Global. “We are thrilled to have her join our division and look forward to the world-class content that she and the team develop.”

In a statement, Studer said: “Great stories know no boundaries. I’m excited to join Dan’s team to launch this business and look forward to working with filmmakers around the world to help bring local language, culturally rich films to a global audience.”