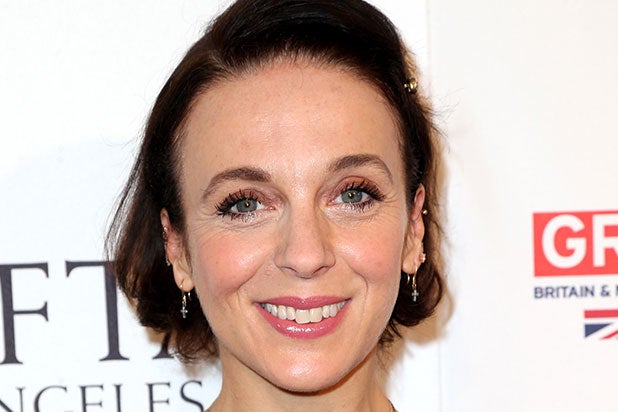 “Sherlock” star Amanda Abbington says her purse was stolen while she was on stage accepting an Emmy on Sunday night.

The actress left her seat to accept an award for the “Sherlock” episode “The Abominable Bride” along with the rest of the cast. But upon returning to her seat, her entire bag with phone and driver’s license inside was gone.

Thanks for the lovely tweets re; the Emmy's. So pleased we won! Cool, right?

However, we went up to collect the Emmy, did some press, came back to my seat and some bastard had nicked my purse from under my seat. Nice

Had my phone and driver's licence in it. So whoever took my purse, I hope some terrible Karmic shit happens to you. How crappy is that.

Ten hours later, the actress took to Twitter again to update the world on her stolen purse situation — the bag still isn’t found, and her phone is still MIA.

Thanks for all the kind words re: my handbag. Still no sign of it. And can't use find my iPhone as my wifi wasn't on. Onwards and upwards. X

Abbington’s other credits include “Mr. Selfridge” as Miss Mardle alongside Jeremy Piven and Frances O’Connor. In 2014, she appeared in the third series of “Sherlock” as Mary Morstan, the wife of John Watson, who was played by her real-life partner, Martin Freeman.

She is currently in post-production for “Another Mother’s Son,” directed by Christopher Menaul.

The 68th annual Emmys is in the books. Jimmy Kimmel hosted the special night. HBO’s “Game of Thrones” and “Veep” were named TV’s best drama and comedy, respectively, just like last year.

Also Read: Diversity Wins at the Emmys After #OscarsSoWhite