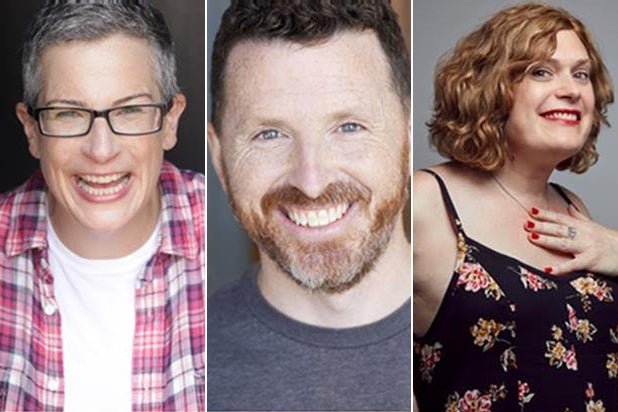 Showtime has given an eight-episode order to the series “Work in Progress” from Abby McEnany, Tim Mason and “Sense8” co-creator Lilly Wachowski.

McEnany co-created the comedy with Mason, and stars in the “funny and uniquely human” series as “a 45-year-old self-identified fat, queer dyke from Chicago whose misfortune and despair unexpectedly lead her to a vibrantly transformative relationship.”

The pilot debuted earlier this year at the Sundance Film Festival, where it was an official selection of the Indie Episodic program. Theo Germaine and Karin Anglin co-star alongside Celeste Pechous, with Julia Sweeney appearing as herself.

With the Showtime order, Wachowski will co-write the rest of the first season and executive produce with McEnany and Mason, who directed the pilot. Lawrence Mattis, Ashley Berns and Josh Adler of Circle of Confusion also serve as executive producers, with Tony Hernandez of JAX Media joining as EP as well.

“We adored the pilot of ‘Work in Progress’ at Sundance and were so thrilled that Abby and Tim and Lilly wanted to work with us to expand it into a Showtime comedy series,” said Gary Levine, co-president of entertainment for Showtime Networks. “Abby is as distinctive as she is appealing. She will make you laugh, she might make you cry, but she will definitely make you fall in love with her!”