“I’m going to have to try hard to engage you, because I’m sure you’re all waiting for tomorrow’s NBC session,” Greenblatt said right out of the lunch break, nodding to what everybody was actually talking about. “I should get my TCA card, so I can sit in on it.”
But Showtime is not exactly dull these days, comin 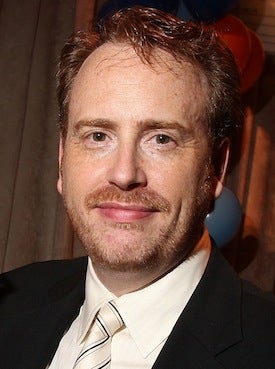 g off the highest rated quarter in his network’s history, during which the culmination of a John Lithgow-led story arc on serial-killer drama “Dexter” generated the channel’s best series numbers ever

Saturday’s overall CBS day at the Pasadena winter conference – which also includes presentations from the Eye network and the CW – seemed relatively sleepy compared to what promises to unfold Sunday, when NBC officials will have to explain the mess they’ve made of their late-night situation.

Nonetheless, what followed from Greenblatt was a compelling presentation of three new upcoming series.

Starring Laura Linney as a middle-aged women diagnosed with terminal cancer, “The C Word” is set to premiere later this year and will fit right into a line-up of quirky, female-driven original comedy-dramas that already includes “Weeds,” “United States of Tara” and “Nurse Jackie.”

And with Henry VIII drama “The Tudors” entering its fourth and final season — “We’re out of wives,” Greenblatt noted — the network is set to launch new Jeremy Irons-led period drama “The Borjias” in spring 2011. “Tudors” creator Michael Hirst helped write the script that explores the famous crime family that ruled 1492 Italy.

Outside of Greenblatt’s myriad NBC shots, however — "We’re not picking up the ‘Jay Leno Show,’" he announced — the biggest laughs were reserved for the trailer presentation of new Matt LeBlanc comedy “Episode.”

The industry-themed show is focused on a British writing duo, who are hoodwinked by an American network into adapting their successful BBC show into a U.S. series (a shot at rival HBO for its failed “Little USA” foray last year perhaps?).

In the show, LeBlanc is casts as himself, playing an actor who is horribly not right for the role.

In the trailer Greenblatt presented to TV writers Saturday, LeBlanc is forced to audition… for the role… of playing himself.

Showtime hopes to get “Episodes” on the air by next fall.

Also later on this year, Showtime will have the television debut of Summit Entertainment’s "The Hurt Locker."