(Read Adalian’s TCA Preview: "There Will Be Blood")

“Three Rivers” is a goner, production of “Two and a Half Men” remains stable — despite star Charlie Sheen’s legal trouble — and “Numbers” might just be back next season after all. 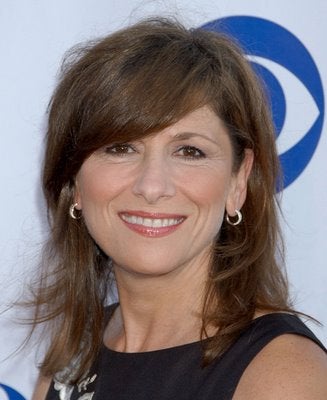 “Through it all, ABC, CBS and Fox, we’ve all fared very well through this experimental phase for NBC,” she said, trying to strike a diplomatic tone following a tumultuous week during which the Peacock began to unwind its failed late-night moves this past fall.

“To say this is a reflection of the whole network business is misguided,” she added. “At the end of the day, it was an experiment that did not work. But for us, there is no substitute for just developing and producing and launching great shows.”

As far as her own network goes, Tassler said both of CBS’ key late-night talent assets, David Lettrman and Craig Ferguon, will be re-upped through 2012.

"Dave’s show has experienced terrific growth, which as given him a bigger and loyal fan base," she said.

She also highlighted the Super Bowl Sunday launch of reality show “Undercover Boss.” She conceded that it has been rare for networks to use the coveted Super Bowl lead-in to launch new shows, “but we have a project we’re very high on,” Tassler noted.

However, the inclusion of the new Jerry Bruckheimer hospital hourlong, “Miami Medical,” on the Friday night schedule doesn’t necessarily mean the show being replaced, “Numbers,” is a goner, too.

“‘Numbers’ is (being) considered for next year,” she said. “We just had to cut back on the number of episodes; we had to make way for ‘Miami Medical’ to get on there. We have a high-class problem.”

“We put on a show last night that went extremely well,” concurred bleary-eyed Lorre, who the morning after shooting a “Two and a Half Men” episode, was conducting a Q&A with TV writers after Tassler left the stage. “Charlie is a consummate pro. He shows up and delivers, and last night was one of our strongest episodes.”

Having helped pioneer a thriving genre built around narcissistic young adults with shows like “Survivor” and “Big Brother,” CBS will now introduce a new reality show that leverages the murky motivations of Fortune 500 executives.

Premiering Sunday, Feb. 7 after the Super Bowl, “Undercover Boss” will feature real-life CEOs and presidents donning disguises and getting down and dirty on the entry-level front lines of their respective companies.

“It’s a different level of engagement you can’t get any other way,” said O’Donnell, noting that growing his beard and working as guy charged with picking up paper off the street let him witness his company’s occupational acumen in an entirely new way.

“I found out that one of the policies I put in place was actually causing a lot of confusion in the field,” he noted.

So what was that? O’Donnell had been requiring route supervisors to go out onto the roads and monitor the drivers of the company’s waste disposal trucks, then offer them “coaching” about such things as safety.

Turns out, “people don’t always like being coached — it builds mistrust,” he added.

Why the top executive at a company employing 45,000 people needed a reality show to learn that lesson seems kind of tough to answer, but O’Donnell — who insists he has no personal desire to be on television — said there were other benefits to exposing his company’s operational warts and beauty marks.

“I also wanted to show our customers what our company is all about,” explained O’Donnell, noting that Waste Management isn’t advertising on the show, the company’s media agency wasn’t consulted, and it isn’t getting paid by CBS. “A lot of customers put their track out there on the curb and think it magically goes away.”

He consulted with the company’s board of directors, however. And despite a number of serious reservations, it was decided that the rewards far outweighed the risks.

Turns out, Lambert and CBS were able to find a number of other big-company leaders who feel the same way, including top managers for convenience-store chain 7-11 and restaurant giant Hooters, as well as a stoner-favored burger chain White Castle.

“I think the principle of the boss who doesn’t know what it’s like on the front line is strong and something we can build a show on,” said Lambert, noting that he and his team might have to figure out a new way of executing the show should it become popular, and every clerk and peon suddenly starts studying the pictures of their employers’ top managers so that they can be on the lookout. “As it develops, that will be something we’ll have to discuss with CBS.”
x
Looks like you're enjoying reading