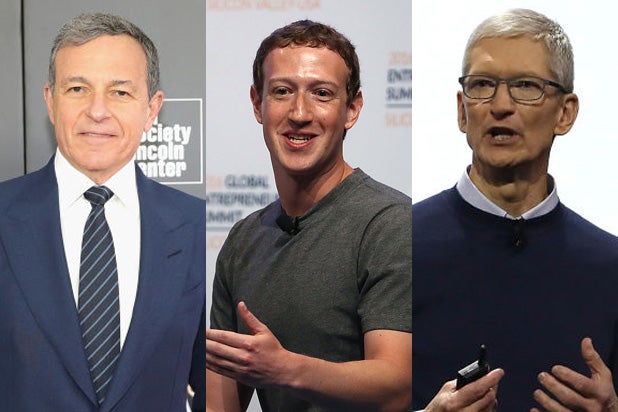 When the Trump Administration put the legal status of millions in limbo by announcing plans to rescind DACA — the Deferred Action for Childhood Arrivals program — the tech industry quickly objected.

Facebook founder and CEO Mark Zuckerberg called it a “sad day for our country.” Apple boss Tim Cook tweeted support for the company’s 250 Dreamers — a name often used for undocumented immigrants brought to the country as children. Microsoft’s president told NPR that authorities would have to “go through us” to deport Dreamers. Uber published a blog post defending DREAMers written by its chief technology officer, Vietnamese refugee Thuan Pham.

But aside from Disney, most Hollywood studios have remained conspicuously quiet.

TheWrap reached out to all six major studios to see if they had a comment on the DACA decision or any information about the number of employees potentially affected. Representatives from Warner Bros. and Universal declined to comment, while Sony, Fox and Paramount did not respond to requests for comment.

Only Disney joined celebrities like Ava DuVernay, Lin-Manuel Miranda and Josh Gad who have offered their support for Dreamers.

“The Dreamers impacted by this cruel and misguided decision make significant contributions to our economy and our country, and I urge Congress to take immediate bipartisan action to pass legislation that will protect these innocent people,” Disney Chairman and CEO Bob Iger said in the statement.

Whether studios weighed in or not, the DACA backlash hit them, at least indirectly: Uncertainty around the decision, coupled with anxiety about North Korea, contributed to stocks plunging on Tuesday. Fox and Viacom, Paramount’s parent company, were down more than 3 percent.

But Tuesday’s announcement has been expected since news reports about it last week. What’s taking the entertainment industry so long?

Ross Gerber, the president and CEO of Gerber Kawasaki Wealth and Investment Management, said the difference in corporate culture between hierarchical Hollywood and a much more “team-oriented” Silicon Valley is a major reason tech leaders got their messages out so fast.

“They are very exploitive in Hollywood of their workers,” Gerber told TheWrap. “Hard to see them making statements.”

The public relations executive said that entertainment companies he’s spoken with are unanimously opposed to the DACA decision, but cautious about how to say so. He said that most companies that have spoken out likely prepared their comments ahead of time.

“Almost all my clients are talking about it and whether or not to say anything or not,” he said. “Most statements were prepared last week.”

Studios may also be afraid to go out on a political limb at a time when the theatrical business is struggling with the worst summer in years. Hollywood’s soft power has been a formidable force in promoting American values, but on Tuesday its silence was noticeable.