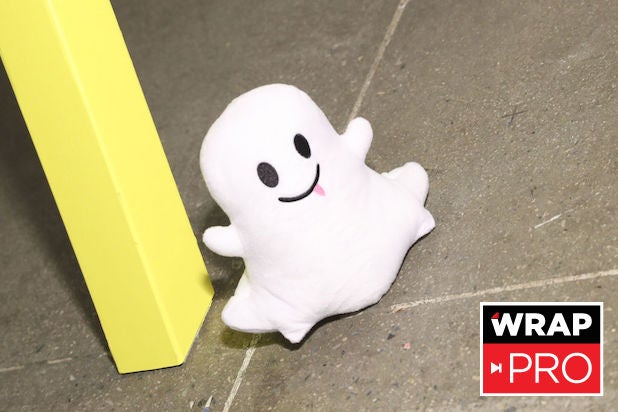 Big Tom Callahan, played by Brian Dennehy in the 1995 classic “Tommy Boy,” seems to have been wrong when he proclaimed “you’re either growing or you’re dying” at least when it comes to Snap Inc.

While Snapchat’s trademark pictures-and-messaging app isn’t growing at all, according to its latest Q4 financials, the company’s stock price rocketed 22 percent on Wednesday.

This was a company left for dead — Instagram’s roadkill. What the hell happened?

In brief: Snapchat reported on Tuesday, after the market closed, that it ended the fourth quarter with 186 million daily active users, the same number it had the previous quarter.

Stalled growth is normally the kiss of death for major tech companies. In Snap’s case, though, the news was welcome after the company reported losing 5 million DAUs combined during the second and third quarter in the wake of a botched app redesign.

Something that did grow, however, was revenue. Snap brought in $390 million — beating analyst expectations — while severely cutting back on its losses.

The challenge will be to maintain growth in both revenue and user base — as the company dramatically failed to do last year. Snap reported great Q4 earnings last January too, then fumbled away its momentum.

Peter Csathy, chairman of CREATV, a media and tech-focused business development and advisory firm, is cautiously optimistic as well, pointing to Snap’s renewed focus on content. “Stopping the bleeding of users is attributable to the fact of deeper engagement with what the Snap experience is, and the experience is increasingly now focused on Originals,” Csathy said. “Snap has hit upon something here.”

Snap chief Evan Spiegel hinted at the same thing on Tuesday, saying Snap was able to add “hundreds of new Shows and Publishers in 2018.” That fresh content is pulling in more eyeballs, with Spiegel saying viewership for Snap shows increased 30 percent year over year. Snap has continued rolling out new shows, with its original series on 15-year-old rapper Bhad Bhabie coming out later this month.

And because of its young audience, Snap is able to pitch its partners on reaching a demographic that is notoriously hard for marketers to target.

“NBC News recently announced that two thirds of the 25‐35 million Snapchatters watching Stay Tuned represented a net new audience for them, meaning they were able to reach people that did not otherwise watch, read, or listen to NBC News on any other platform,” Spiegel said on Tuesday.

The latter point is already evident. Snap not only reported record quarterly sales, but also increased its average revenue per user by 30 percent from the previous quarter. Advertisers, seeing how Snap shows are performing, are showing an increasing willingness to partner with the company.

Tik-Tok, the budding social platform for sharing short-form video, also presents a formidable challenge. Snapchat needs more than ephemeral messaging to set itself apart and grow its user base, and that’s where content will be key.

One thing Snap investors don’t have to worry about, at least for now, is the need to raise more money. Outgoing CFO Tim Stone, who was with the company less than a year, “should be thanked,” MoffettNathanson analyst Michael Nathanson said in a note to clients on Wednesday, for turning the company’s financial picture around.

“Snap seemed to be on an undeniable glide path to running out of money,” Nathanson said. “Destruction seemed inevitable and obvious, yet the company was showing little action to quickly right the ship.”

It sounds dramatic, but Snap lost $350 million during the fourth quarter of 2017. On Wednesday, the company reported it narrowed its Q4 loss to $192 million. At its previous burn rate, Snap, with about $1.2 billion in cash, would have been forced to raise more money by the end of the year.

By bolstering ad sales and cutting back on losses, Snap looks poised to avoid that issue in the near term. Now it can focus on growing its user base once again. And the best way it can do that is by adding unique, quality content that people can’t find anywhere else.